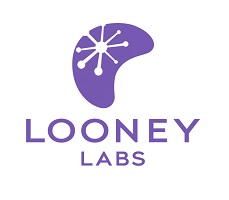 to announce two new Fluxx games featuring Star Trek: The Original Series and Star Trek: The Next Generation at New York Toy Fair, Feb. 17 – 20. Each Fluxx will feature the most popular characters from each series including Captain Kirk and Captain Picard.

Fluxx is a card game with ever changing rules! The game play starts out simple: draw one card and play one card – but New Rule cards quickly make things chaotic. Even the object of the game will often change as you play, as players swap out one Goal card for another.
“I’ve been watching Star Trek since 1972, when I was 9 years old, tuning into the animated series on Saturday mornings,” said Andrew Looney, CCO at Looney Labs and designer of Fluxx. “I’ve watched every series since, so it’s safe to say I’m a pretty big Star Trek fan. I’m VERY excited about working with this license!”

Under license by CBS Consumer Products, Star Trek Fluxx and Star Trek: The Next Generation Fluxx are for 2-6 players and are appropriate for ages 8+. Both games go on sale nationwide August 2, 2018.

Looney Labs designs, produces, and markets award winning specialty card and board games. Founded in 1996 by Andy and Kristin Looney, both former NASA engineers and self-identified geeks, Looney Labs makes games that geeks love to play. The Looneys believe that one of the most important things they create is the fun people have while playing their games. One of their best-selling lines of games is Fluxx. This highly successful series of games has sold over 3 million copies. In addition to the original Fluxx game, there are versions to fit a variety of tastes, from Chemistry Fluxx to Holiday Fluxx to Zombie Fluxx!

To learn more about Looney Labs and to see a complete listing of all their games visit Looney Labs. Looney Labs games are for sale in thousands of specialty game stores around the world. To find a Friendly Local Game Store near you visit http://roster.looneylabs.com and enter your zip code.