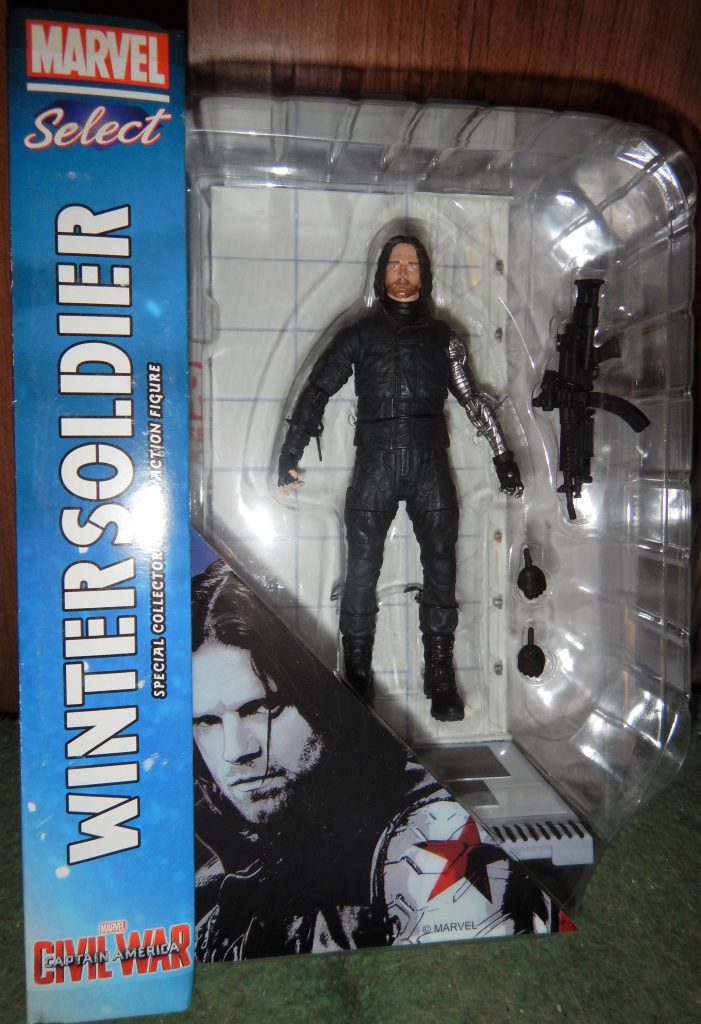 Steve Rogers’ best friend growing up. When World War II broke out, Barnes enlisted leaving Steve behind. Eventually Steve was able to join the war effort himself when he was chosen for the Super Soldier program. The Super Soldier program was a success and Steve Rogers became Captain America. When Rogers formed his strike team, known as the Howling Commandos he recruited Barnes. Sadly it was on one of these missions that Bucky Barnes met his end, but that was only the beginning for Cap’s best friend.

Unbeknownst to his team Bucky had survived the fall from the train only to have his body recovered by Hydra. Hydra treated his wounds even replacing his damaged left arm with a cybernetic appendage. Then using advanced forms of hypnosis they were able to brainwash him turning him into a deadly assassin, The Winter Soldier. When Germany lost the war, and Hydra needed to go underground the Winter Soldier became an agent of the U.S.S.R.

The Russians kept Barnes in suspended animation only using him for missions where his talents would shine. When Hydra tasked the Winter Soldier with assassinating Nick Fury, Barnes once again met up with his childhood friend, Steve Rogers. If none of this sounds familiar, stop right now and go watch Captain America: Winter Soldier. Done? Good, let’s talk about the figure.

Many of you know from reading previous reviews that I am a major fan of the Marvel Select figure line. I am continually amazed by both the poseable they usually have and how good they look. The figure that we are reviewing at this time (if you haven’t figured it out from the first couple of paragraphs just look at the pictures because reading isn’t for you) is the Winter Soldier.

The Winter Soldier figure is based on the character’s appearance in Captain America: Winter Soldier. This figure stands approximately 7 inches tall has a decent amount of poseability. The points of articulation on Winter Soldier are:

The Winter Soldier figures comes with an extra set of hands, which are sculpted into fists (for his fights with Captain America), a rifle and a nifty display stand. 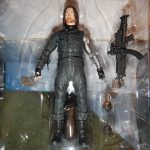 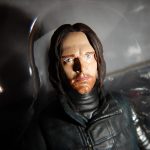 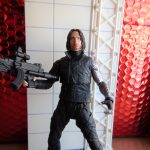 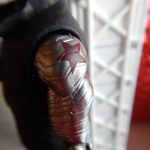 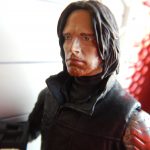 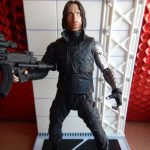 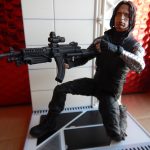 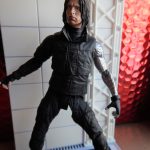 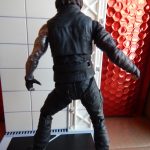 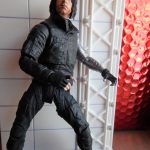 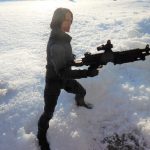 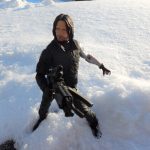 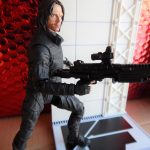 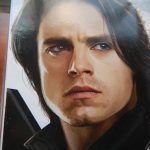 This time around there are only a few minor issues I had with this figure. First off would be the paint job on the Winter Soldier’s face; it makes him look like an early stage zombie.* Second would be the bag filled with building block type parts that came with the figure without any explanation of what they are or where and when to use them. Third and my final gripe would be that the rifle I have was bent in the package. It would appear that when the weapon was tied down there just enough pressure to cause the deformity. I will be attempting to warp it back into its proper shape.

The Winter Soldier figure from Diamond Select Toys is a nice looking figure. The sculpt was done by Gentle Giant Studios so you know they put 110% into this figure. Retailing for $24.99 this Winter Soldier figure will be prefect when you recreate the battle of Wakanda from Avengers: Infinity War. That is what I am planning on doing with mine.

*…my editor thought there was nothing wrong with the skin tone, “Your coloring would be a bit off too if you kept getting frozen and defrosted multiple times over 70 years.” I guess she has a point.