Our fascination with robots probably 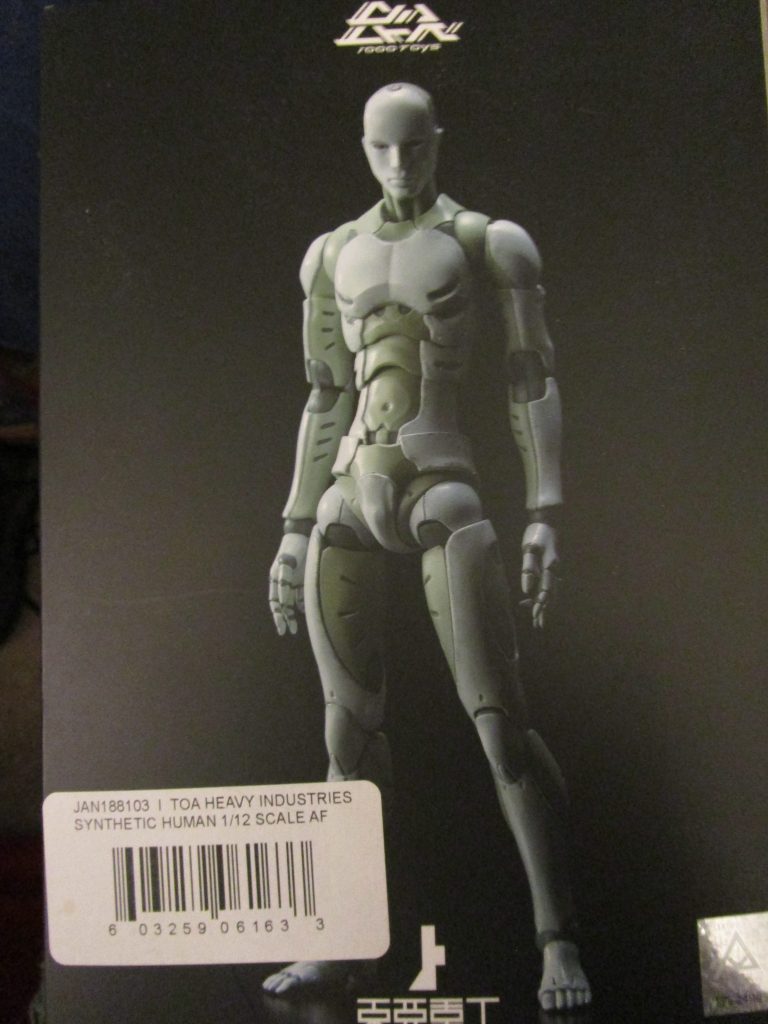 goes back to Fritz Lang’s movie, Metropolis. Over time, robots have come in many forms; personally I think the humanoid form is the most interesting. Much like the “skin jobs” in Philip K. Dick’s work, Do Androids Dream of Electric Sheep, the idea of a machine that can pass as human is both beautiful and frightening.

Many of us will never live to see a world where androids similar to the ones from Blade Runner or Westworld exist. The closest we may ever come in my lifetime to these androids are in toy form. I have several android action figures but when I first saw the Synthetic Human figure from 1000Toys I was simply blown away. I had never seen a figure with so much poseability. The fact that it wasn’t “human” made it all the more intriguing to me. The design reminded me of a cross between the T-800 (from the Terminator) with shades of Sonny from the film I Robot.

The Synthetic Human figure is produced by1000Toys in Japan. 1000Toys was started in 2015 and their goal was, “to launch original toys by Japanese creators.” Based on what I have seen they are succeeding. 1000Toys has several product lines, each with their own backstory. The Synthetic Human figures come from the TOA Heavy Industries line. This line of figures is done in collaboration with manga artist Tsutomu Nihei. Nihei, a former construction worker turned manga artist, has produced some stunning work. His cyberpunk artwork really shines through in TOA line. I guess it takes a construction worker with the soul of an artist to get figures this remarkable. Honestly when I first came across one of these figures I didn’t have a clue who or what they were, but I knew I needed to own one. It was love at first sight.

I have been collecting figures most of my life and I have never owned one with the poseability of the Synthetic Human. The one I received for review was the 1/12 scale which means he stands approximately 7 inches tall and it is incredible. The points of articulation for the Synth Human are:

This figure comes with 3 sets of hands. One set of open hands, one set of fists and one set for holding objects (i.e. guns). The Synth Human also comes with an extra face plate which looks creepy and skeletal. There are no other accessories that are included. 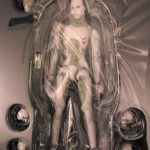 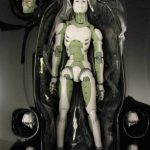 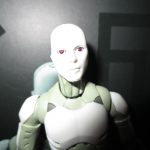 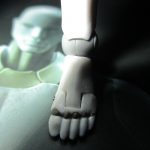 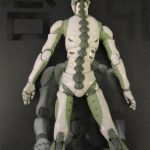 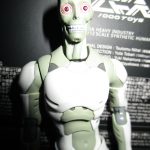 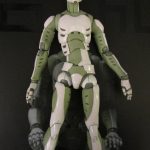 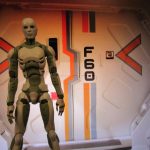 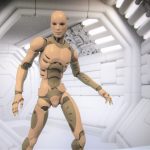 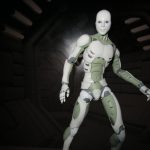 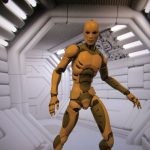 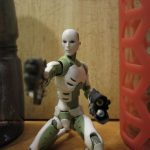 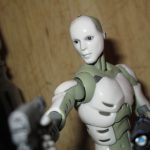 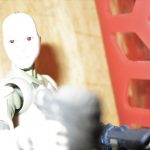 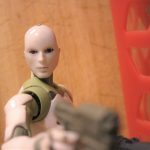 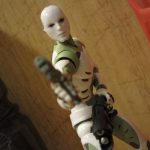 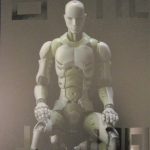 I know I said in many other reviews that “said item” is needed by the reader but seriously any true figure collector really needs this one. This figure really is perfect, especially if you are good at modifying. The Synthetic Human is a blank slate making it an excellent base for modification.

The Synthetic Human 1/12 figure retails for approximately $68.00. Yes, it is a bit pricey but it is a thing of beauty. Check out other toys from 1000toys at their website https://1000toys.jp/shop.aspx