Vids: Titans: The Complete First Season Coming to Digital This Month with a Physical Release Set to Follow 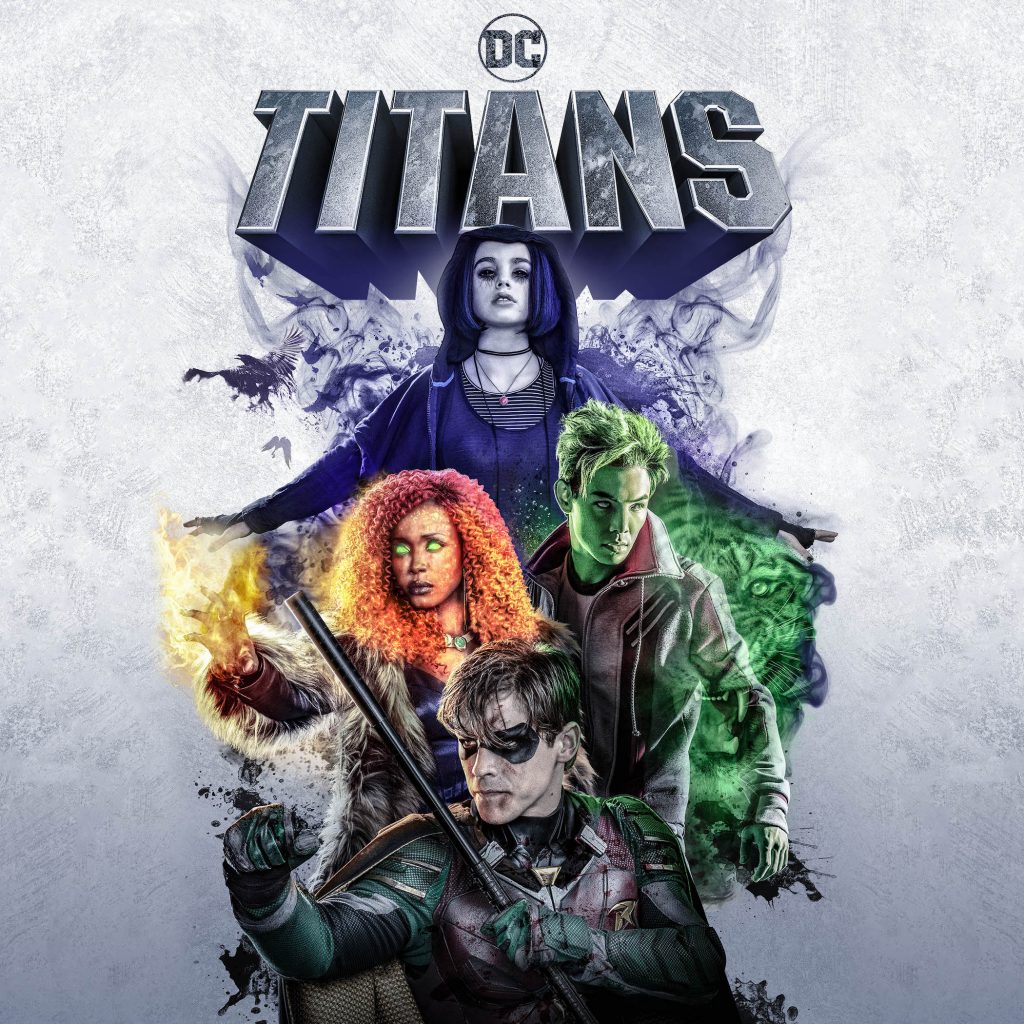 Titans follows a group of young soon-to-be Super Heroes from across the world of DC as they come of age and find belonging in a gritty take on the classic Teen Titans franchise. Former Gotham City vigilante Dick Grayson and Rachel Roth, a special young girl possessed by a strange darkness, get embroiled in a conspiracy that could unleash Hell on Earth. Joining them in their quest are the mysterious Starfire and loveable Beast Boy. Together they become a surrogate family and team of heroes while battling villains, demonic forces … and encountering familiar faces from across DC’s legendary canon.

“Warner Bros. Home Entertainment is proud to offer fans the opportunity to own this all-new, live-action series that follows a band of fearless DC Super Heroes uniting together from every corner of the universe,” said Rosemary Markson, WBHE Senior Vice President, Television Marketing. “The unique and dark take to this classic tale will have strong appeal to DC Super Hero fans.”

The Digital release of Titans: The Complete First Season release will include 1080p Full HD Video with DTS-HD Master Audio for English 5.1. In addition to featuring all 11 episodes in high-definition, the bundle includes over 40 minutes of special features including a new featurette, a tremendous value and collectors’ opportunity.

Titans: The Complete First Season also includes a crossover episode that introduces the Doom Patrol – Brendan Fraser (The Mummy, Crash, Looney Tunes: Back in Action) as Robotman, Matt Bomer (White Collar, Magic Mike) as Negative Man and April Bowlby (Two and a Half Men, Drop Dead Diva) as Elasti-Woman. Doom Patrol is another all-new series that premiered on the DC UNIVERSE streaming service in February.

Titans: The Complete First Season will also be released on Blu-rayTM and DVD ahead of the show’s highly-anticipated second season.

DIGITAL
The first season of Titans will be available to own on Digital. Digital allows consumers to instantly stream and download all episodes to watch anywhere and anytime on their favorite devices. Digital is available from various retailers including iTunes, Google Play, Vudu and others.

About DC
Home to iconic brands DC (Superman, Batman, Green Lantern, Wonder Woman, The Flash), DC Vertigo (Sandman, Fables) and MAD, DC is the creative division charged with strategically integrating across Warner Bros. and WarnerMedia. DC works in concert with many key Warner Bros. divisions to unleash its stories and characters across all media, including but not limited to film, television, consumer products, home entertainment, and interactive games. Publishing thousands of comic books, graphic novels and magazines each year, DC is one of the largest English-language publishers of comics in the world.

TITANS and all related characters and elements are trademarks of and © DC Comics.