As an experienced knight, you have 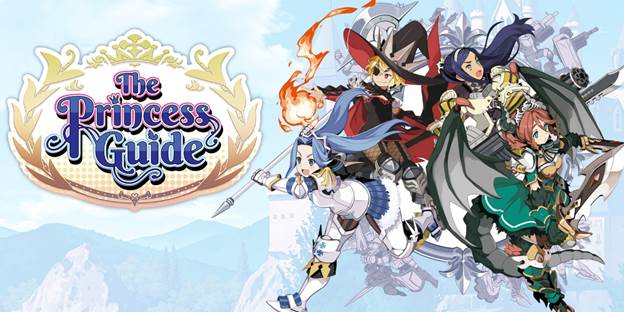 just completed your tour of duty and are no longer obliged to serve in the army. Taking upon the advice of your commanding officer, you embark on a soul searching journey to find your next place in life. As fate would have it, there are four kingdoms in need of aid revolving around your expertise.

An evil has arisen that threatens the peace and existence of all those that live within the four lands. You are to pick an apprentice and start teaching them the art of war. With the lessons you instill upon your chosen princess, you will embark on a hack and slash action adventure to fight back the forces of evil. Four princesses need to be trained in order to mature into the leaders their lands need them to be, but which one will you choose? 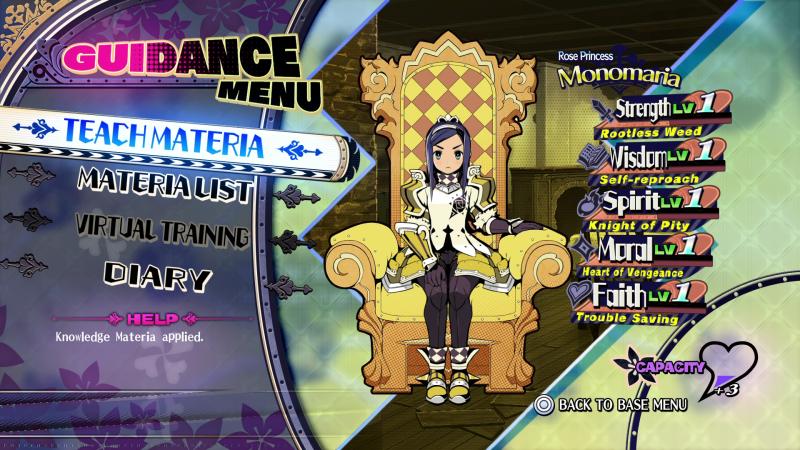 The rpg aspect of the game comes from the skills and traits you teach your chosen princess to learn. Throughout the game you will find and unlock these skills and traits by completing missions, exploring the map, and even by defeating certain enemies. Some can only be unlocked by the player choosing what to teach the princess directly.

Each of these skills and traits will boost certain stats that the princess will gain. For example, you have slain 54 ogres and the princess can now learn something that will increase her strength stat. You teach her that skill and her strength increases from a rank of 1 to 2. It is important to note though, your princess can only learn so much. She has a capacity limit and each skill taught fills that capacity up.

A bit of strategy is also involved in creating your perfect princess. It’s a hack and slash type of game right? What would you need other than strength to crush your enemies? Depending on what rank each stat is, some might combine to unlock game changing bonuses like new military units to help your princess on her missions. Kick out those basic sword swinging lackeys for heavy armored flying hawk knights or enhance your axe swinging princess with magical powered back up to destroy those enemies her axe can’t reach. 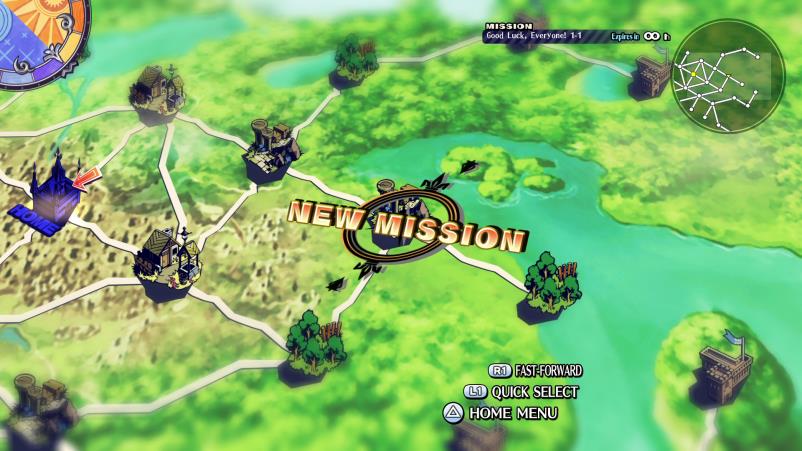 Missions will pop up on a tactical overhead map that will progress the story or offer extra chances to level up your princess. Enemies will appear as time progresses, they will patrol the land making it harder for you to complete assignments in the generated time frame. Treasure boxes can be found as well as side stories marked with ???

Your princess is strong but she won’t be able to do it all on her own. You can have several units in your army that can travel from town to town for investigating or eliminating enemy forces. Equip them with the upgradable weapons you find throughout the game.
Upgradable weapons? You betcha. Weapons focus on a mix of strength and defense for the equipped unit, but there is much, much, more to the equation. Each weapon has a special and different EX attack that it can unleash through your hack and slash fest of enemy encounters. One weapon might heal your squad while another weapon will unleash a flaming skull of death that will heavily smite anything within its path. 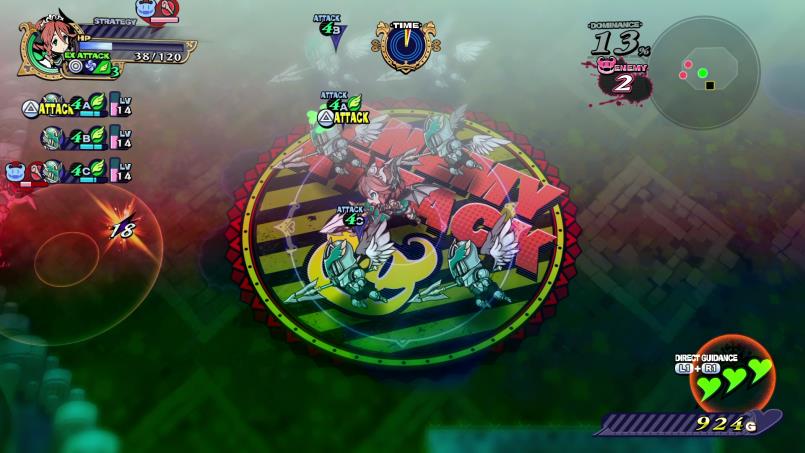 Units will consist of one commander and up to six other combatants of your choice. You’ll have to cut down your enemies as they appear as well as dodging their attacks. Watch out! There are also relics that can help or hinder your progress.

Scattered throughout the areas you explore on your missions, relics can be captured and used against your enemies. Think of them like traps that you can take away from your enemies, and lure them into death by their own devices as you dip, duck, dive, and dodge their attacks. Some will even heal your unit, so use them wisely. You never know if you will come across a boss battle and suddenly be caught with your pants down.

1. Graphics (Great) – The animation and anime styling of the graphics are once again polished to that NIS awesome. The environments are however lackluster. It doesn’t really take away from the overall quality of the game, but it doesn’t enhance it either.

2. Gameplay (Great) – Fast paced frantic action will keep you enthralled as new challenges in monsters and the tactics to take them out change. Each princess has her own style of attacking and playstyle keeping combat fresh. This is also enhanced with the obstacles that are placed within the playing field that when claimed as your own may mean the difference in victory or defeat.

Confusion set in quickly though as I was thrust into the game and had to play in order to figure out how things progressed and how to accomplish the goals set before me. It took about 5 hours of play before things really started to click together.
The challenge of the game is to understand all the ins and outs of enhancing/finding weapons, training your princess, and unlocking new soldiers to customize your combat units.

4. Soundtrack (Good)-The music within the game is your standard fare. The biggest disappointment is the fact that the entire dialog is not in English. I feel this takes away from the performance of each princess and disrupts the feelings conveyed during the interactions. Since I have to spend my time reading the story, I lose a lot of the game listening to my own inner monolog reading.

5. Replay Value (Outstanding) – Combined with the unlockable incentives with training your princess, the frantic hack and slash gameplay, and the ability to customize the soldiers in your fighting unit, there is an amazing amount of customization to unleash within the game. With the scold/praise system in combination of the princess training, there are many different outcomes that are possible. Nothing gives more value than a great story with nearly infinite options.

THE BOTTOME LINE: The Princess Guide is an interesting game that has some really good replay value. Some might be turned off with standard anime tropes within the story but the biggest challenge will be overcoming the initial confusion of how to play the game.
For those willing to go the distance, the game is very rewarding and another great addition to your collection if you collect anime style games with unique mechanics.

Rating Suggestions:
(Trash): Don’t bother with any form of purchase. This product isn’t worth the effort to purchase it.
(Meh): Not at all impressive. This product isn’t something that should be recommended for most people to enjoy. Flawed or incomplete.
(Good): An average score this product does what it is intended to do and will be worth at least a rent if you are interested in it. A solid item that will be enjoyed if gotten for the right price, usually cheap.
(Great): This product is highly recommended. It is well worth the investment if you are interested in it. You will not be disappointed in a purchase of this item.
(Outstanding): You needed to own two of this product yesterday. Superior quality, going beyond what it was intended to do.

Thanks go out to Nate Biller for another great game review!