Coming later this month is the highly 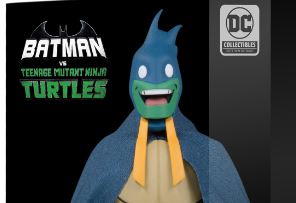 anticipated Batman vs. The Teenage Mutant Ninja Turtles movie and from DC Collectibles we have Mikey as Batman. What mischief is Mikey up to now? Batman might just have to talk to him about borrowing without asking. Mikey is decked out in Batman’s iconic cowl and cape in this awesome 2019 Previews Exclusive. Accessories include a sewer lid, a slice of pizza and two extra sets of hands.

When a new menace in Gotham City begins stealing experimental technology, Batman is put on high alert. But a team of warriors lurking beneath the streets is also on the case: the Teenage Mutant Ninja Turtles! Led by Leonardo, these brothers – brainy Donatello, fearless Raphael and wisecracking Michelangelo – are mysterious martial artists on a collision course with the Dark Knight. Based on the hit DC Comics crossover, Batman vs. Teenage Mutant Ninja Turtles is a high-flying, pulse-pounding adventure the likes of which Gotham has never seen! 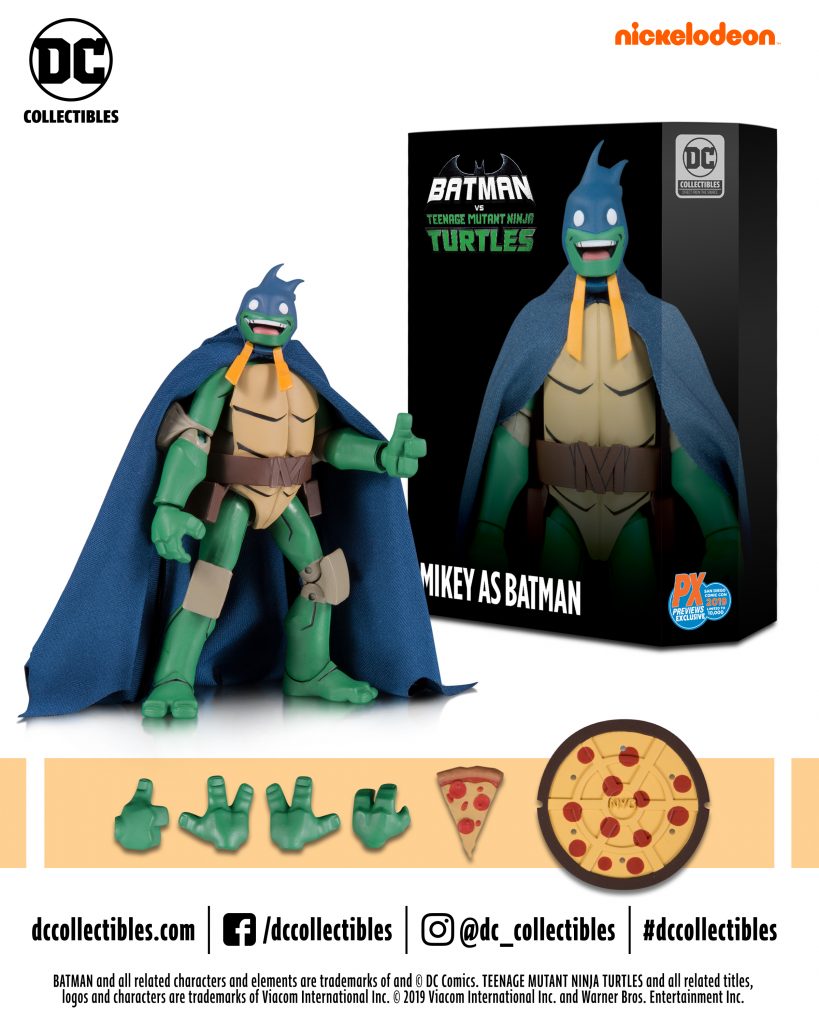