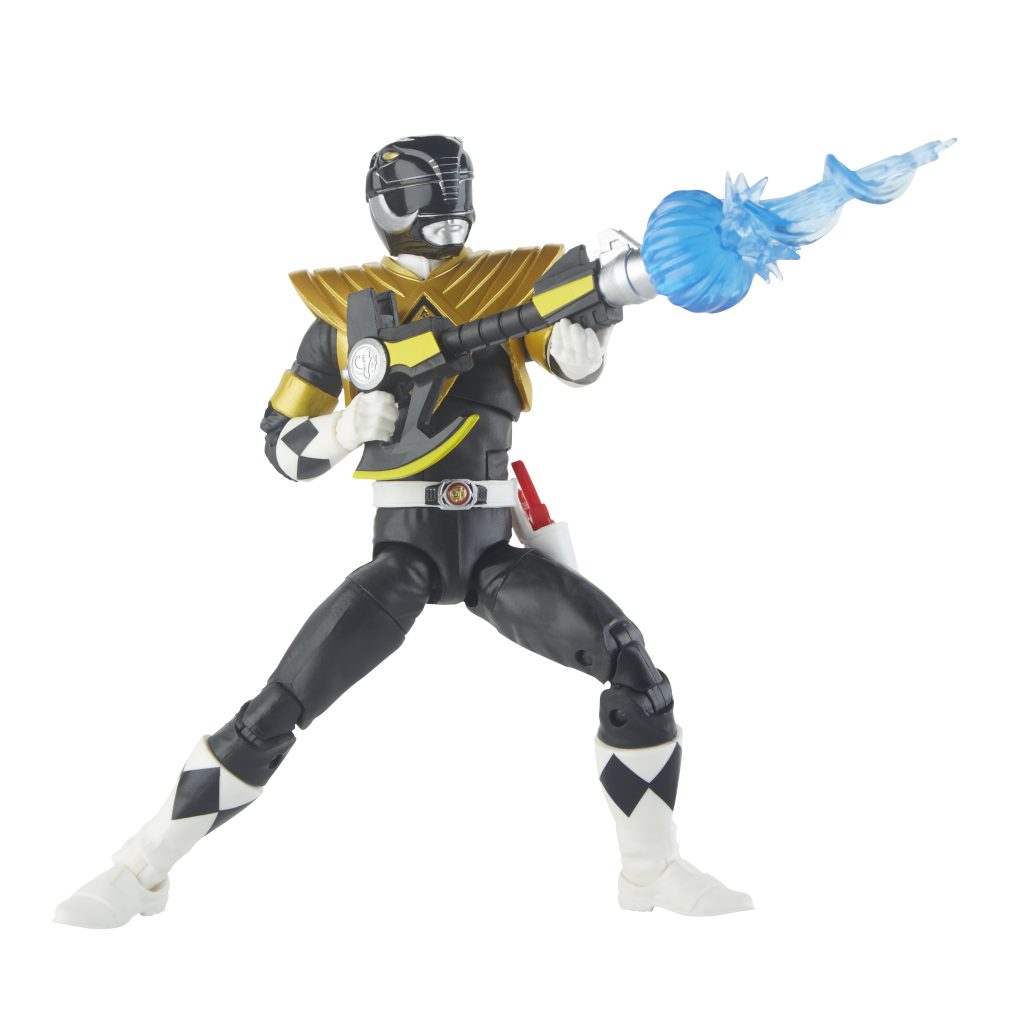 In the MIGHTY MORPHIN POWER RANGERS series, the Green Ranger loans the power of the Dragon Shield to the Black Ranger to help defeat one of Rita’s monsters. The MIGHTY MORPHIN DRAGON SHIELD BLACK RANGER Figure has over 20 points of articulation and includes two different heads that can be swapped—one of the Ranger in his helmet, and another without as Zack Taylor from the original MIGHTY MORPHIN POWER RANGERS series. The figure also comes a dragon dagger, power axe, power blaster, and an extra pair of hands for more ways to play or display. Look for other collectible figures in this series. Each sold separately. Available exclusively at Walgreens.