Vids: Game of Thrones: The Complete Collection Arrives in Premium Blu-ray Set on 12/3

Rally the realm on December 3rd as HBO is 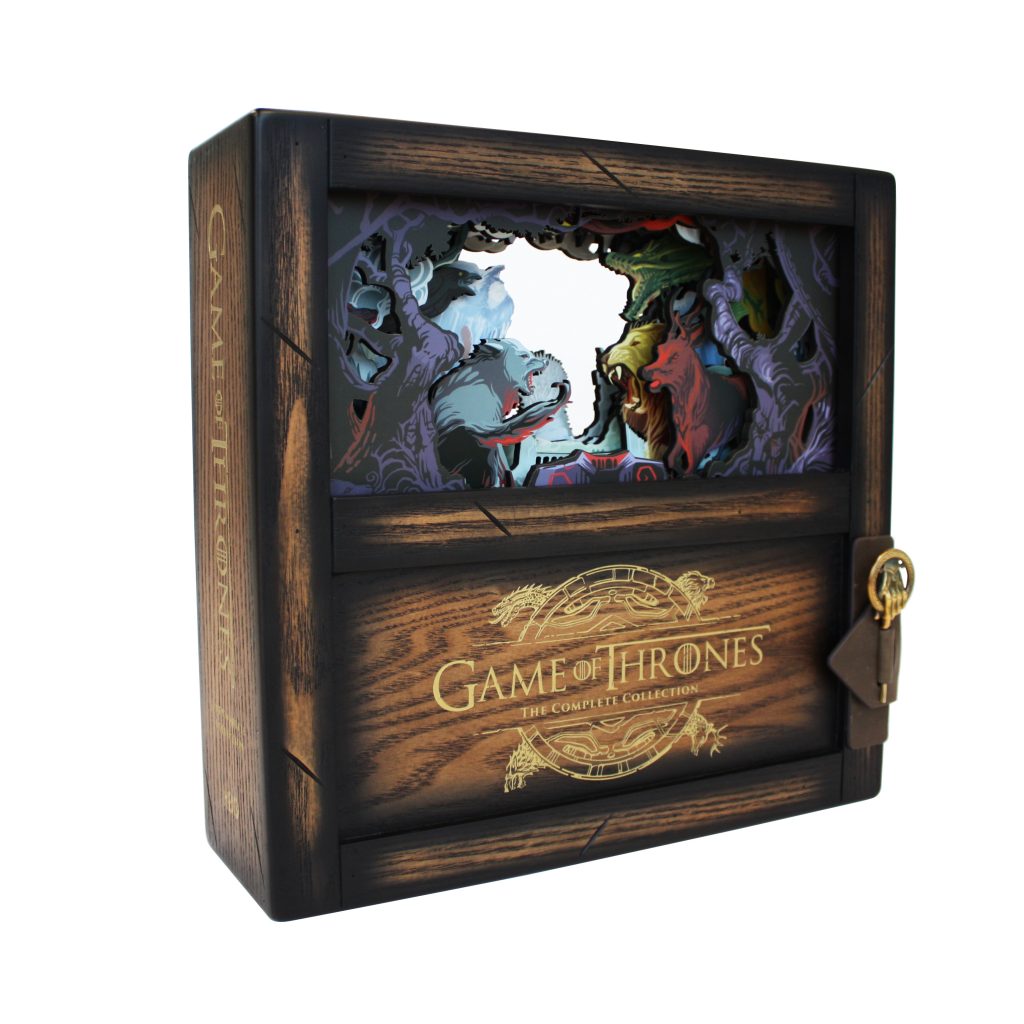 releasing all eight epic seasons of one of the most talked about programs in TV history with Game of Thrones®: The Complete Collection, an ultra-premium, limited-edition Blu-ray™ set. This must-have collectible exclusively features Game of Thrones: Reunion Special, a two-part reunion show with cast members from the final season including Kit Harington, Emilia Clarke, Sophie Turner and more, as well as previously departed fan-favorites like Sean Bean, Jason Momoa, Mark Addy and others. Hosted by Emmy®-award winning host Conan O’Brien, the reunion was shot in front of a live audience in Belfast and includes segments of footage from both the show and behind-the-scenes, highlighting a variety of topics that are sure to captivate fans.

Game of Thrones®: The Complete Collection is packaged in a visually stunning wooden shadow box case, featuring beautiful, multi-layered panel designs by Robert Ball (the artist behind the “Beautiful Death” series) that summarize the Game of Thrones story. Each season is represented by a different layer, showcasing iconic characters and memorable moments from the show, all clambering toward the Iron Throne. The set also contains a “Hand of the King” pin clasp, which holds all nine custom plated disc sleeves. Click HERE to preview an unboxing of the set.

Based on the best-selling novel series by George R.R. Martin, Game of Thrones holds the record as the most awarded series in television history, earning a total of 132 Emmy® nominations and 47 wins to date. The megahit drama also stands as HBO’s most-viewed program ever, with the final season averaging a record-setting 44 million viewers in the U.S. 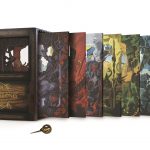 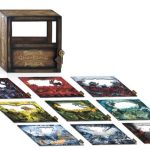 Game of Thrones: Reunion Special: A reunion show shot live in Belfast with the cast, both past and present, hosted by Conan O’Brien and available exclusively on these complete series collections. The reunion special is assembled in segments focused on Houses Lannister, Stark, & Targaryen and concludes with the key players all onstage for their final reflections on the years they shared in Westeros and Essos.

Complete Series and Season 8 formats also exclusively feature:
Game of Thrones: The Last Watch: A documentary featured on DVD in two parts by filmmaker Jeanie Finlay chronicling the making of the final season.

When Winter Falls: Exclusive 30-minute featurette with showrunners David Benioff and D.B. Weiss, along with major stars and behind-the-scenes players, breaking down all that went into the colossal filming of the “Battle of Winterfell” in Season 8, Episode 3.

Duty is the Death of Love: A compelling look at how the team behind Game of Thrones and its major stars, including Kit Harington, Peter Dinklage and Emilia Clarke, brought the show to its conclusion in the series finale, “The Iron Throne.”

HBO Home Entertainment develops, distributes and markets an extensive array of critically-acclaimed and groundbreaking programs in three formats—Blu-rayTM, DVD, and Digital Download—throughout the world. Releases include the global hit Game of Thrones®, the #1 selling TV on DVD/Blu-rayTM title in major territories throughout the world over the past six years, in addition to current hits and classic favorites including True Detective®, Girls®, The Sopranos®, Sex and the City® True Blood®, The Wire® and Entourage®. The company’s catalog contains hundreds of titles including multiple Emmy® Award-winning limited series Big Little Lies® and Band of Brothers®, which holds the record through 2017 as the all-time best selling TV on DVD/Blu-rayTM title in the US; provocative programs from HBO Documentary Films including The Jinx: The Life & Deaths of Robert Durst and The Case Against 8; innovative movies from HBO Films including The Immortal Life of Henrietta Lacks and Wizard of Lies; hit Cinemax® original series including BansheeSM and Strike Back®; and comedy specials featuring stand-up performers like Pete Holmes and T.J. Miller. Launched in 1984, HBO Home Entertainment has offices in New York, London and Toronto. The company’s releases are sold in more than 70 territories around the world and are digitally distributed on a transactional basis across an expanding number of territories and platforms.