Equipment: New Designs in the Augmented Collection from Volante Design

Have you noticed that these days geek culture is 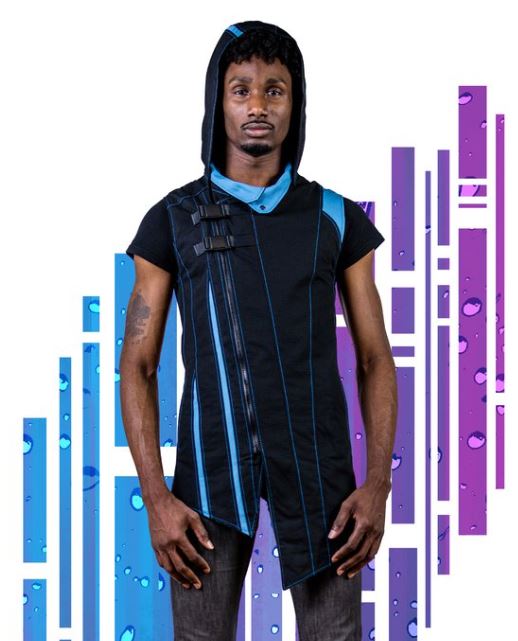 everywhere? A decade ago you would only see the occasional person wearing a geeky t-shirt but nowadays you see people of all ages flying their geek flag. I think it is fantastic.

I am one of those people who not only likes to show their geek-side but would rather be LARP-ing (Live Action Role Play) wearing an Avengers insignia rather than just putting on a t-shirt that says, “Captain America.” Fortunately there are companies producing clothing that allows you to dress like you are from a far off planet or are a futuristic explorer. One of those companies is called Volante Design.

Volante Design is a US based company that specializes in Geek Chic, offering licensed merchandise such as jackets from Star Trek as well as their own in house designed products. One line in particular called the Augmented Collection. The Augmented Collection is a cyberpunk theme line that looks very futuristic and is, frankly, bad ass. The designs in this collection really have a Blade Runner or Ghost in the Shell feel to them.

The Augmented Collection looks more like high fashion than typical nerd-wear. You could wear articles of clothing from this collection every day without anyone but you knowing that you are wearing sci-fi themed clothes. Volante Design has the motto, “Superhuman Streetwear,” and their clothes don’t just let you fly your geek flag; they allow you to immerse yourself in your geek-dom.

From the Volante Design press release:

“We’re very excited to announce that the latest addition to our original cyberpunk themed collection is now available for preorder! The Augmented Collection celebrates our love of asymmetry, sharp angles, and our favorite futuristic dystopias from games, movies, anime, and books.

The Augment J5 is a weather-resistant bomber jacket designed for the cyborg on the run. This street-smart piece walks the line between modern futuristic fashion and 80’s visions of a future yet unknown.

Check out their website and see what they have to offer, they have some great looking gear.