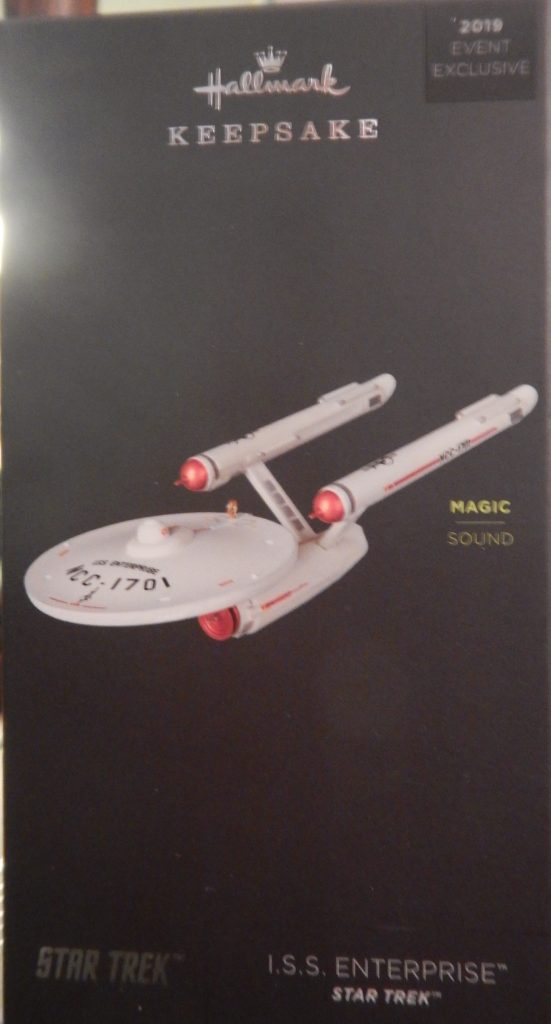 for Star Trek fans. The fascination started when Captain Kirk and his landing party were accidently transported to an alternate Enterprise of the Terran Empire. This savage and xenophobic authoritarian regime rules the galaxy with an iron fist taking what they want and enslaving populations. They are the complete opposite of the United Federation of Planets.

Kirk, McCoy, Scotty and Uhura eventually make it back to their own universe but not before planting the seeds of rebellion with the Mirror Universe Spock. That wasn’t the only time that we visited the Mirror Universe. Though the crew from the original Star Trek only crossed over into the Mirror Universe once, Star Trek: Discovery, Enterprise and Deep Space Nine all had storylines that took place in that universe.

As with all of the ornaments that Hallmark produces this version of the Enterprise is highly detailed. The paint scheme is similar to the U.S.S. Enterprise with some subtle differences. The registry number is the same in both universes but the Mirror universe Enterprise has the Terran Empire insignia on the nacelles and saucer section. It is very subtle but a very nice detail all the same. 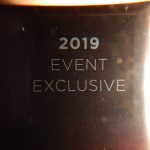 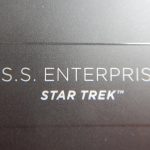 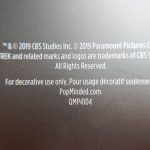 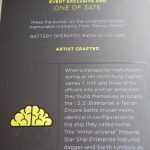 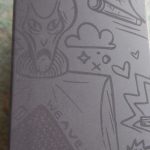 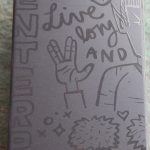 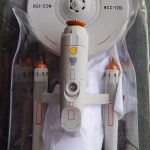 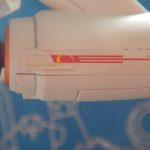 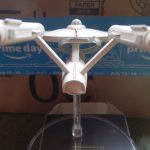 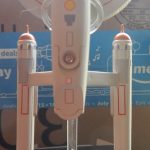 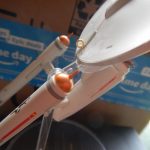 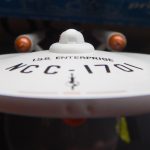 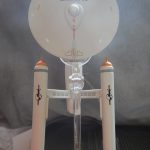 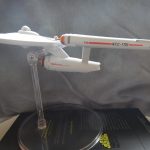 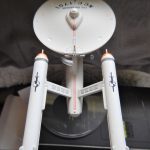 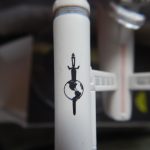 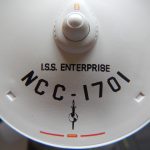 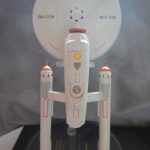 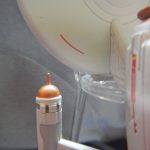 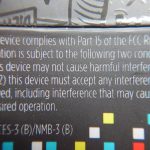 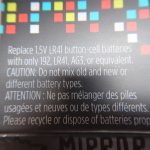 This convention exclusive ornament is a “Magic” ornament which means it comes equipped with either lights, or in this case, sound. To activate the sound you push down on the bridge area of the saucer section and a clip of dialogue from the Original Series episode, Mirror, Mirror plays. Here is a transcript:

SPOCK: You must return to your universe. I must have my captain back. I shall operate the transporter. You have two minutes and ten seconds.
KIRK: In that time I have something to say. How long before the Halkan prediction of galactic revolt is realized?
SPOCK: Approximately two hundred and forty years.
KIRK: The inevitable outcome?
SPOCK: The Empire shall be overthrown, of course.
KIRK: The illogic of waste, Mister Spock. The waste of lives, potential, resources, time. I submit to you that your Empire is illogical because it cannot endure. I submit that you are illogical to be a willing part of it.
SPOCK: You have one minute and twenty three seconds.
KIRK: If change is inevitable, predictable, beneficial, doesn’t logic demand that you be a part of it?
SPOCK: One man cannot summon the future.
KIRK: But one man can change the present. Be the captain of this Enterprise, Mister Spock. Find a logical reason for sparing the Halkans and make it stick. Push till it gives. You can defend yourself better than any man in the fleet.
SCOTT: Captain, get in the chamber!
KIRK: What about it, Spock?
SPOCK: A man must also have the power.
KIRK: In my cabin is a device that will make you invincible.
SPOCK: Indeed?
KIRK: What will it be? Past or future? Tyranny or freedom? It’s up to you.
SPOCK: It is time.
KIRK: In every revolution, there’s one man with a vision.
SPOCK: Captain Kirk, I shall consider it.
(He beams them away.)

It is a somewhat long clip but I feel that dialogue was a good choice. The ornament turns itself off when the clip is finished. If you wish to terminate the clip just depress the button again.

The I.S.S. Enterprise measures approximately 6 inches long, 2inches tall and 2.7 inches wide (measured at the widest point). The I.S.S. Enterprise requires 3 batteries size LR41 which are included. This exclusive ornament will not be available in stores so when the convention season ends this will be a very hard to find Keepsake.

Stand is NOT included.