Equipment: New from Mezco Toyz a Batman One:12 Figure Based on the 1989 Version of The Caped Crusader…Waitlist Available 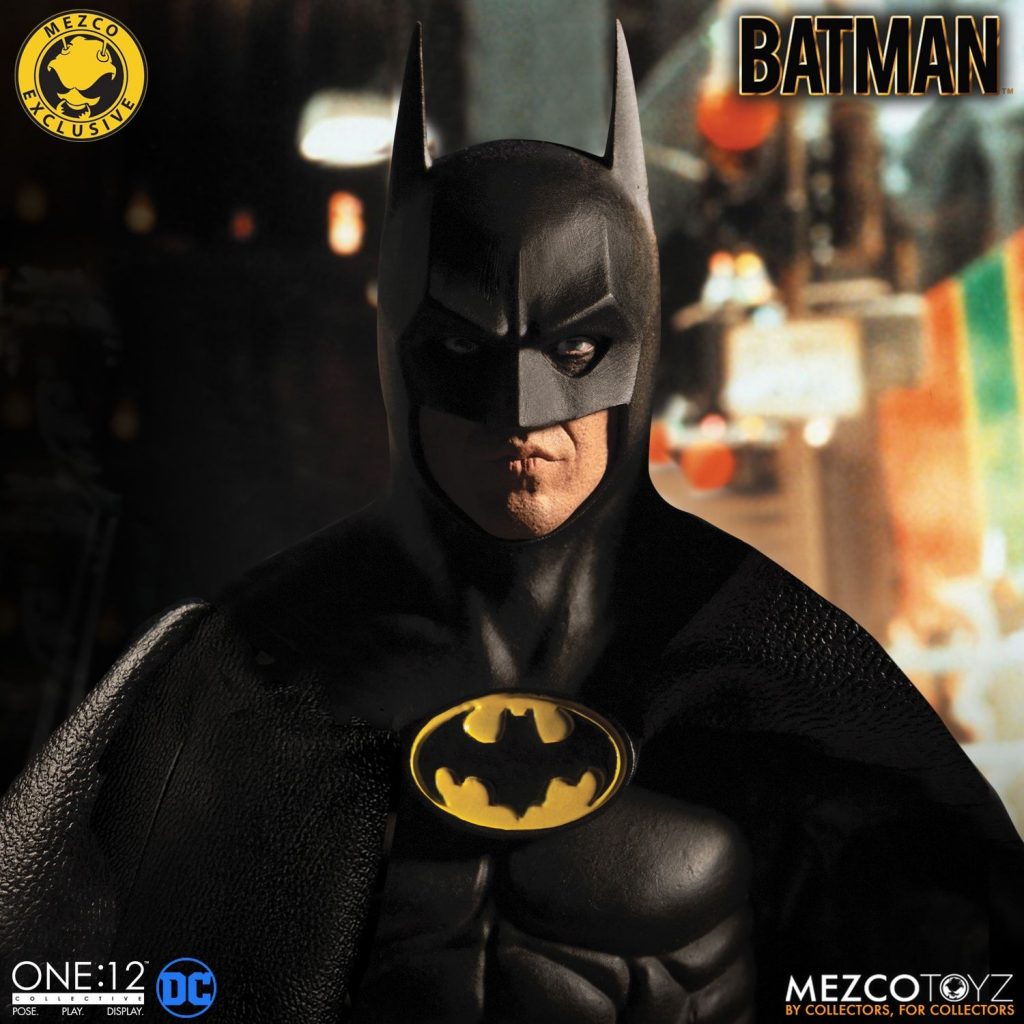 The One:12 Collective Batman – 1989 Edition features an all-new seamless body designed with an internal skeleton armature that is durable yet highly posable. Included are three cowled head portraits – one with movable eyes, achieving a new level of realism for the One:12 Collective.

Batman is outfitted in his iconic Batsuit from the film which features advanced body armor – strong enough to deflect bullets and break fists. A magnet in his collar allows him to switch between two leather-like capes – one with an integrated posing wire and one that drapes freely. The bat insignia sits front and center as a reminder to those that cross his path.
The dark vigilante comes prepared to protect Gotham City with a vast array of film accessories, as well as some unused designs, including: a gauntlet that attaches to his forearm and rotates open, a speargun that attaches to his utility belt via a magnet, multiple batarangs, and a time bomb.

After witnessing the senseless murder of his parents at the hands of a criminal, Bruce Wayne becomes Batman to rid Gotham City of crime and corruption. 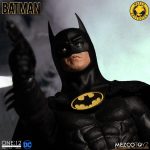 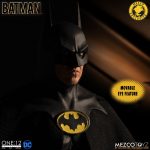 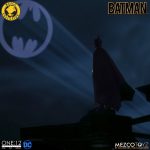 For additional photos and to join the waitlist HERE

Each One:12 Collective Batman – 1989 Edition figure is packaged in a collector friendly box, designed with collectors in mind.