Vids: The Horror Classic, The Freakmaker is available now in a Deluxe Limited Edition Blu-ray from DiabolikDVD

Not satisfied with the pace of natural selection in dr 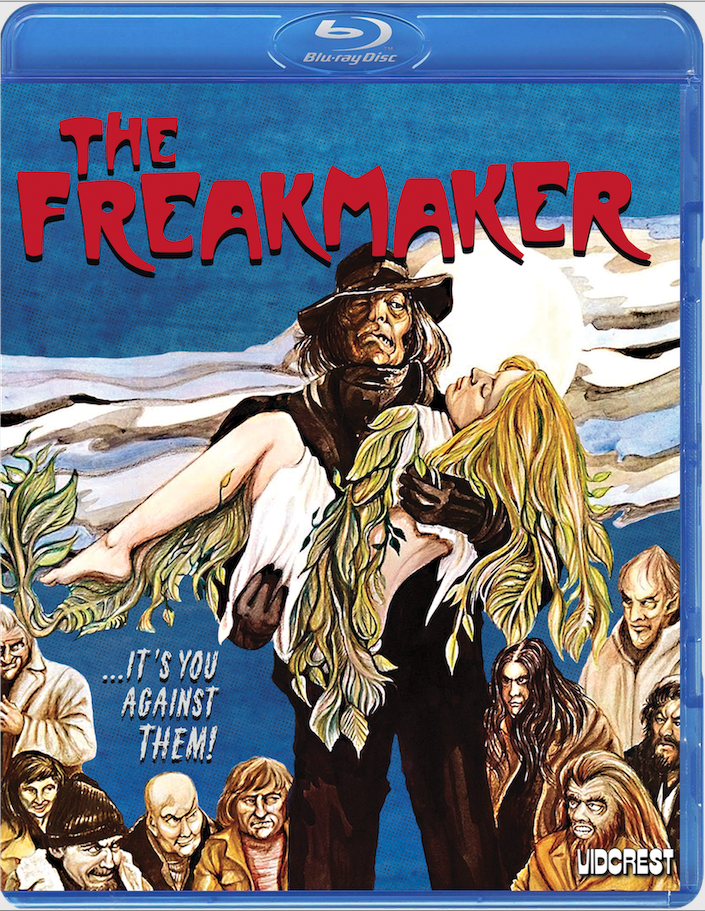 iving evolution, a deranged biologist decides to create his own genetically engineered mutations. With the promise of using his experiments to “cure” them, Dr. Nolter (Pleasence) enlists members of the local Freakshow to help him kidnap students from a nearby college to use as human guinea pigs.

Using the same techniques that he developed mixing the DNA of plants and animals, he begins crossbreeding plants and humans with unpredictable results. One by one his failed experiments are cast off to the circus until the freaks have had enough and seek their bloody revenge.

Along with the new transfer the disc presents English SDH subtitles for the first time on home video, a Featurette about the making of the film, a Commentary with Producer/Writer Robert D Weinbach and actor Brad Harris, an Audio Interview with Jack Cardiff, a Trailer and TV Spot, and a Still Gallery with Basil Kirchin’s eerie score isolated.

The initial, limited release includes 2 double sided postcards featuring new and vintage poster art for the film plus a Slipcover with a reproduction of the original, hand painted Art by Mike Tommyrot (Instagram: @miketommyrot) inspired by the European VHS cover DR OF EVIL and the art of Basil Gogos!

ABOUT
For nearly 20 years, DiabolikDVD has been the source for horror, cult and weird cinema to customers around the world. Diabolik offers a one stop shopping experience for a variety of genre labels from all corners of the globe. In conjunction with Vidcrest, DiabolikDVD is proud to offer FREAKMAKER as their first home video release.