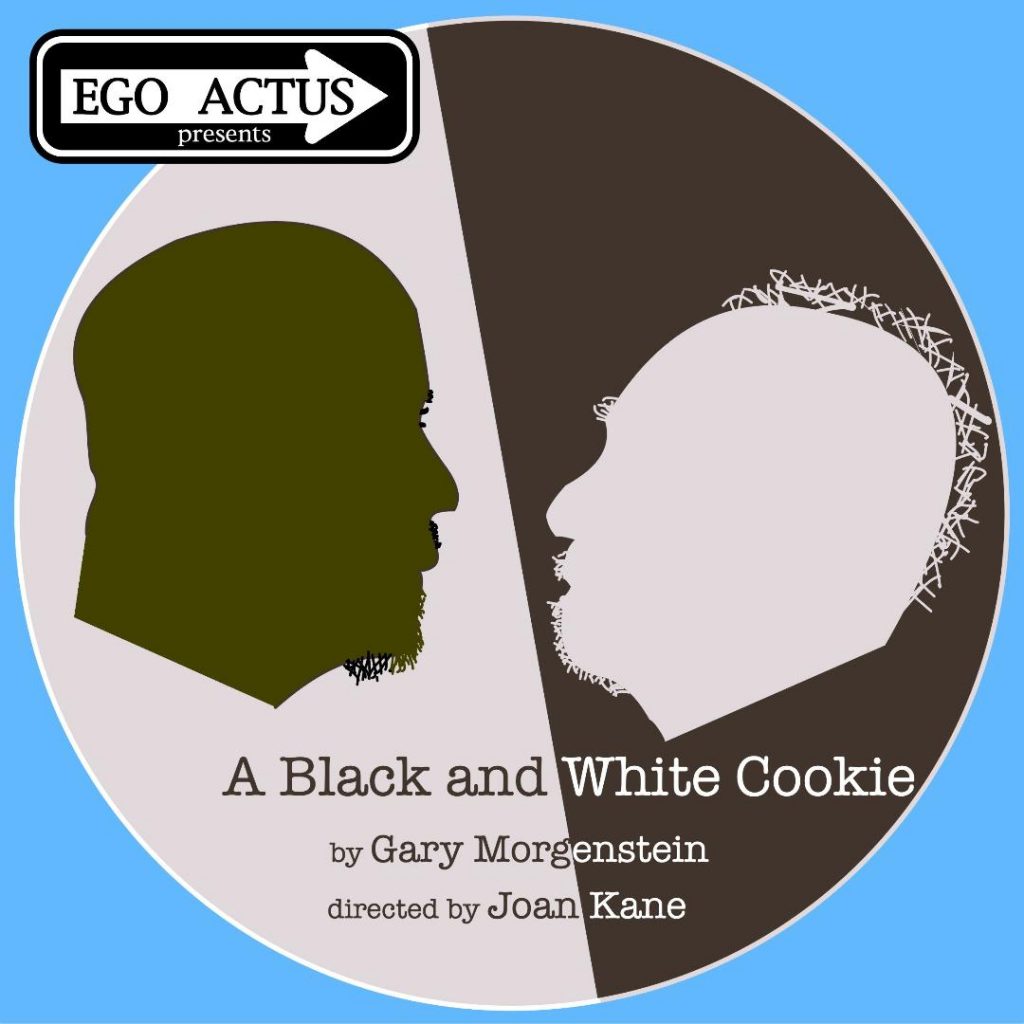 announced that it will present A BLACK AND WHITE COOKIE, a new play about racial harmony, written by Gary Morgenstein and directed by Joan Kane, March 26th through April 12th at Theater for the New City, 133 First Avenue.

In a provocative and poignant drama about hope trumping polarization, an exorbitant rent increase forces Harold Wilson to close his East Village newsstand after 30 years and reluctantly retire to Florida with his niece Carol. Enter Albie Sands, an eccentric homeless 1960s Jewish radical, who persuades Harold to fight the landlord. Overcoming anti-Semitism, Harold and Albie form an unlikely yet powerful friendship to confront corporate greed and their own mortality.

“I love plays that illustrate how people can overcome bad experiences and thrive,” says Director Joan Kane. “What I love about this particular play is the way the characters, who have strongly divergent world views, learn to work together. Black American Harold Wilson, a Republican for decades, has had bad experiences with Jewish people. When aged Jewish communist Albie wants to take up the cause of fighting for Harold’s rights Harold is taken aback. This odd couple finds faith in each other’s strengths and overcome their differences to fight the “system” together.”

Gary Morgenstein (playwright) wrote the off-Broadway sci-fi rock musical The Anthem, inspired by the Ayn Rand novella, among other stage works such as You Can’t Grow Tomatoes in the Bronx, about a blue-collar Jewish family in the 1960s, and the political romantic dramedy Right on Target. He is currently developing a musical based on the life of King David. Morgenstein is the author of six novels including the critically acclaimed dystopian A Mound Over Hell, set in 2098 following America’s defeat by Islam in World War Three as baseball begins its final season ever, which has been hailed as “1984 Meets Shoeless Joe.” A Fastball for Freedom, the second book in The Dark Depths series, will be published in 2021. His other novels include Take Me Out to the Ballgame, The Man Who Wanted to Play Center Field for the New York Yankees, Loving Rabbi Thalia Kleinman and Jesse’s Girl (under film option to Project Blue Book star Ksenia Solo’s OnFireFilms).

Joan Kane (director) is the founding Artistic Director of Ego Actus and directed I Know What Boys Want at Theatre Row, Six Characters in Search of an Author in Oslo, Norway and Kafka’s Belinda in Prague. She also directed both Safe and what do you mean at 59e59 Theaters and in the Edinburgh Festival Fringe, getting four star reviews for each. Joan was awarded Best Director in the 2016 United Solo Festival was named to the Indie Theatre Hall of Fame by nytheatre.com. She has also directed plays and readings for the Lark, Ensemble Studio Theatre, the NY Fringe Festival, Theater for the New City, Urban Stages, Workshop Theater, Nylon Fusion, Abingdon Theatre, Oberon Theatre, the Samuel French Short Play Festival, the Midtown International Festival and The Actors Studio. Joan has an MFA in Directing from The New School, an MS in Museum Education from Bank Street College. She is a member of The New York Madness Company, the Dramatists Guild and the Society of Stage Directors & Choreographers.

Performances are on Wednesdays to Saturdays at 8:00pm, Saturdays and Sundays at 3:00pm. There is no matinee on Saturday, March 28.

Tickets are $20 and can be purchased online at https://www.artful.ly/store/events/19796 – or at the theater’s box office prior to each performance.

ABOUT EGO ACTUS
The award-winning international production company Ego Actus (Latin for “My Way”) was founded in 2009 by Joan Kane and Bruce A! Kraemer, who created an independent theatre company dedicated to creating art for art’s sake. Since then their shows, which have been presented in New York City and Europe, have been nominated for 61 awards, winning 21. Ego Actus Off-Broadway shows have included Play Nice! at 59e59 theaters, I Know What Boys Want at Theatre Row and Sycorax, Cyber Queen of Qamara at HERE, with other critically acclaimed productions at Theater for a New City, Urban Stages, and the WorkShop Theater. The European productions included Safe and what do you mean at the Edinburgh Festival and the Edinburgh Festival Fringe, Kafka’s Belinda and The Telegram in the Prague Fringe festival, while The Metamorphosis was performed in Prague and Budapest.