One of the most successful live-action 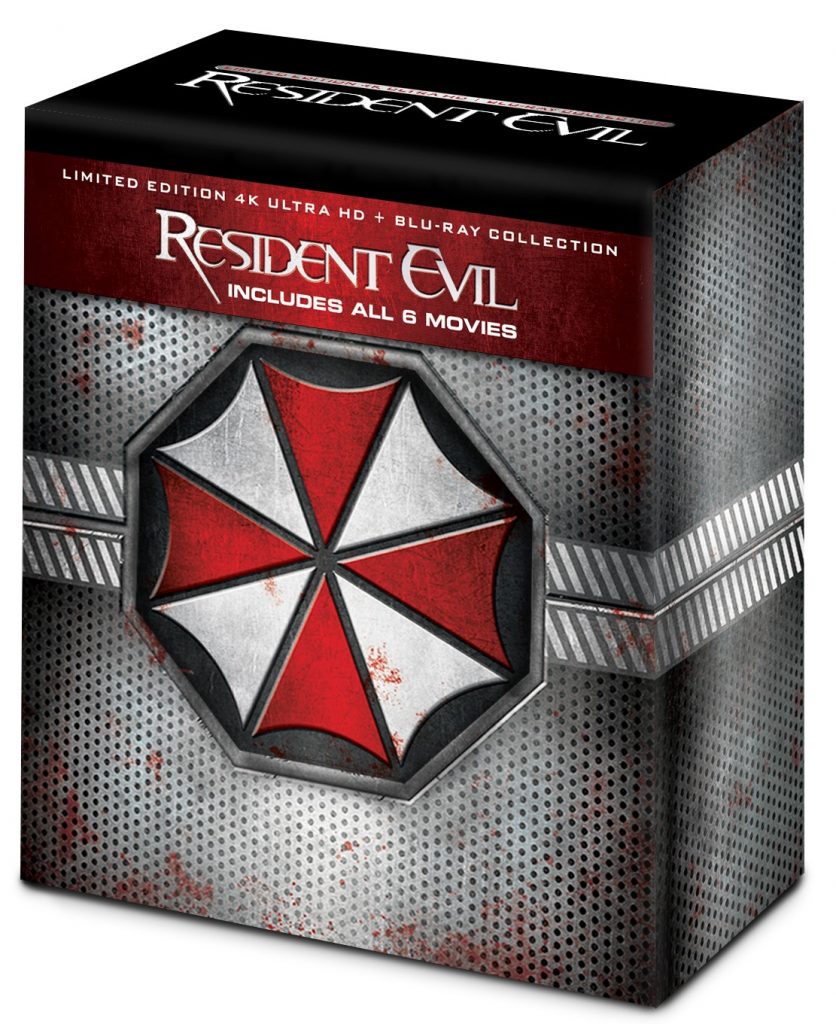 video game film franchises of all time gets an upgrade when the RESIDENT EVIL 4K ULTRA HD COLLECTION arrives on November 3rd from Sony Pictures Home Entertainment. This limited-edition gift set marks the first time that fans will be able to experience all six films on 4K Ultra HD disc with High Dynamic Range and Dolby Atmos audio. The films will also be available digitally in 4K with HDR.

Based on the popular video game series by Capcom, the Resident Evil franchise stars Milla Jovovich (The Fifth Element) as Alice, a superhuman security expert pitted against the sinister Umbrella Corporation as the world’s population is transformed into flesh-eating creatures by one of its most dangerous biological weapons.

“My Plague” Music Video by Slipknot

Theatrical and Extended Cuts of the Film

“Under the Umbrella” Picture-in-Picture

Resident Road Map: Reflections on the Future of the Series 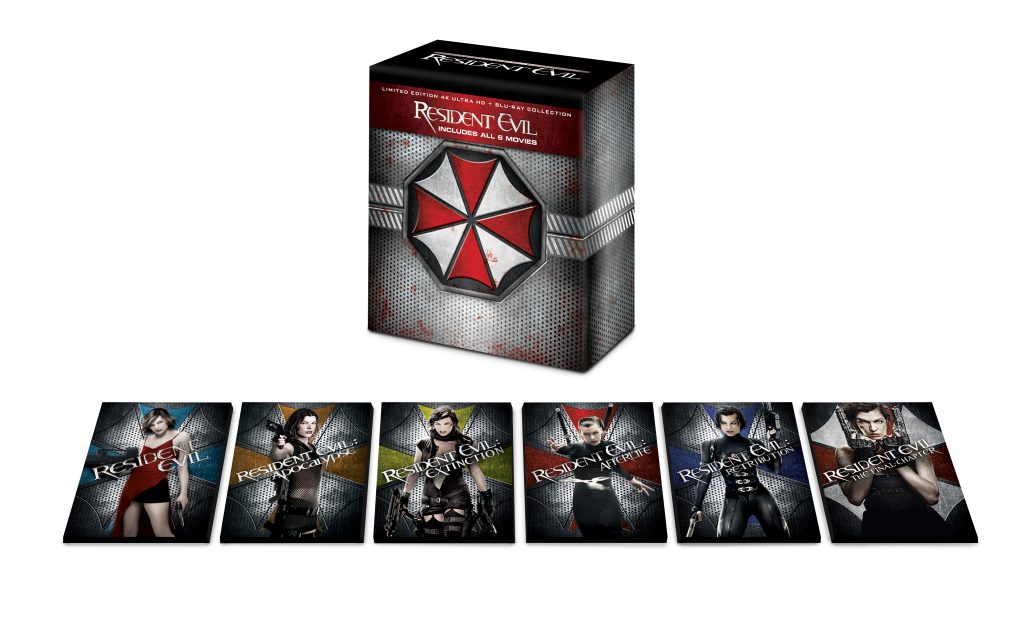 Resident Evil: Extinction: R for strong horror violence throughout and some nudity

Resident Evil: Retribution: R for sequences of strong violence throughout

Resident Evil: The Final Chapter: R for sequences of violence throughout