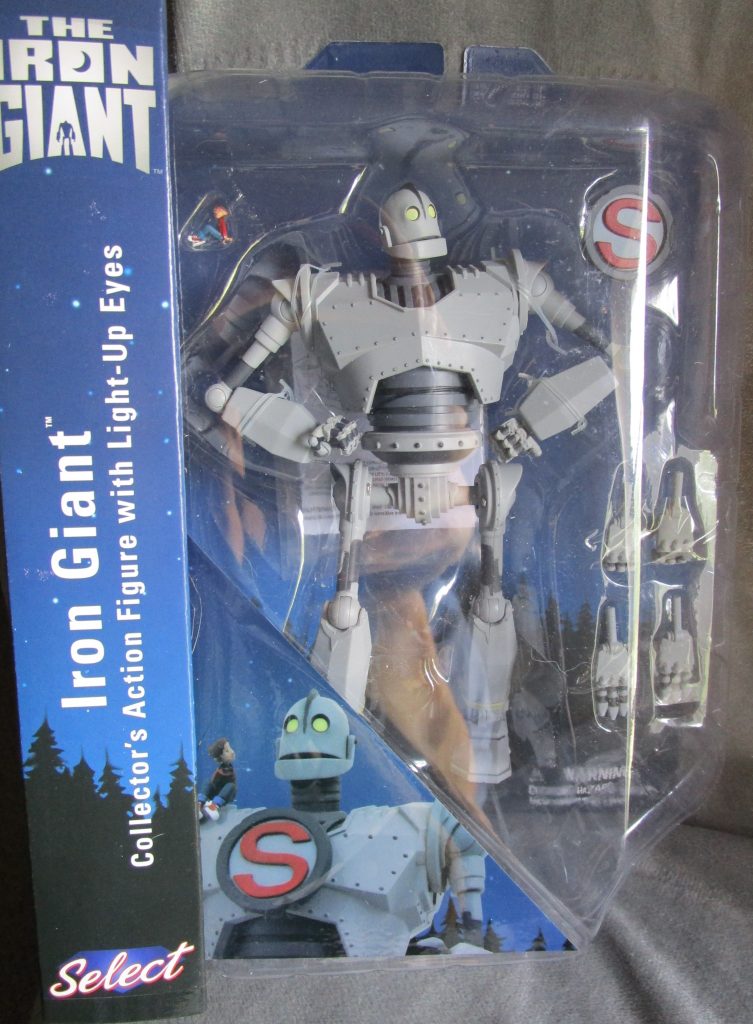 The coolest thing about The Iron Giant was of course the giant alien robot. Who wouldn’t want a 50 foot tall robot? Since a 50 foot robot would be impractical for most collectors,  Diamond Select Toys has reproduced the giant as a 9 inch action figure. At least you know it will fit on your shelf at this scale.

This figure looks great. Since I took it out of the package all I want to do is set it up in different poses. I guess it is a good thing that the Iron Giant figure is extremely poseable. The points of articulation are:

The Iron Giant comes with 3 sets of hands: 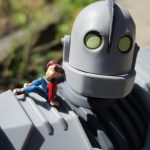 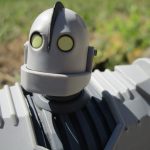 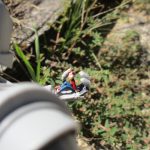 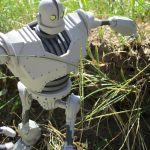 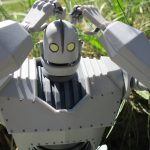 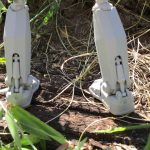 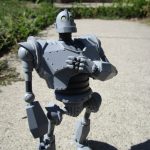 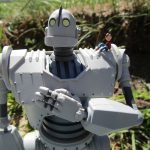 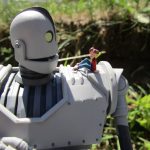 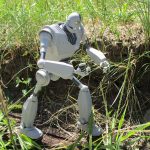 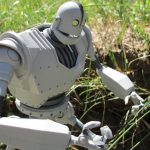 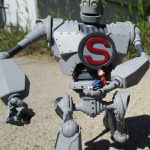 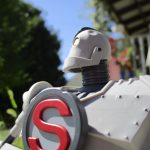 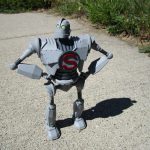 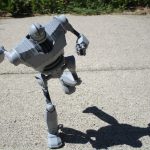 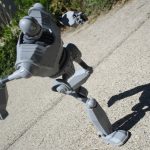 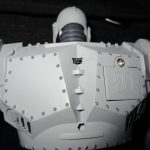 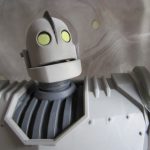 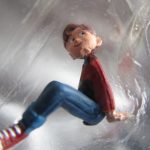 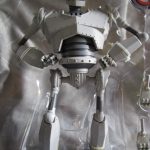 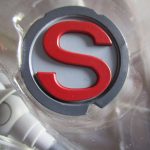 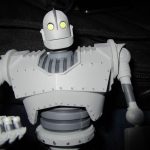 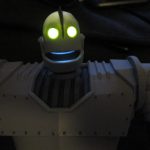 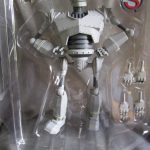 The Iron Giant figure also comes with a tiny Hogarth figure that you can perch on the Giant’s shoulder or in his palm. Also included is the “S” medallion that The Iron Giant wears in the movie. Aside from the poseability the other cool thing is that The Iron Giant has light up eyes. This figure requires two (2) LR44 batteries which are included. The on/off switch is located between the robot’s shoulder blades.

The Iron Giant is recommended for children 4 & up. This figure is available at your local comic shop as well as online including the Diamond Select website and has a suggested retail price of $29.99