I am sure there will those who disagree with 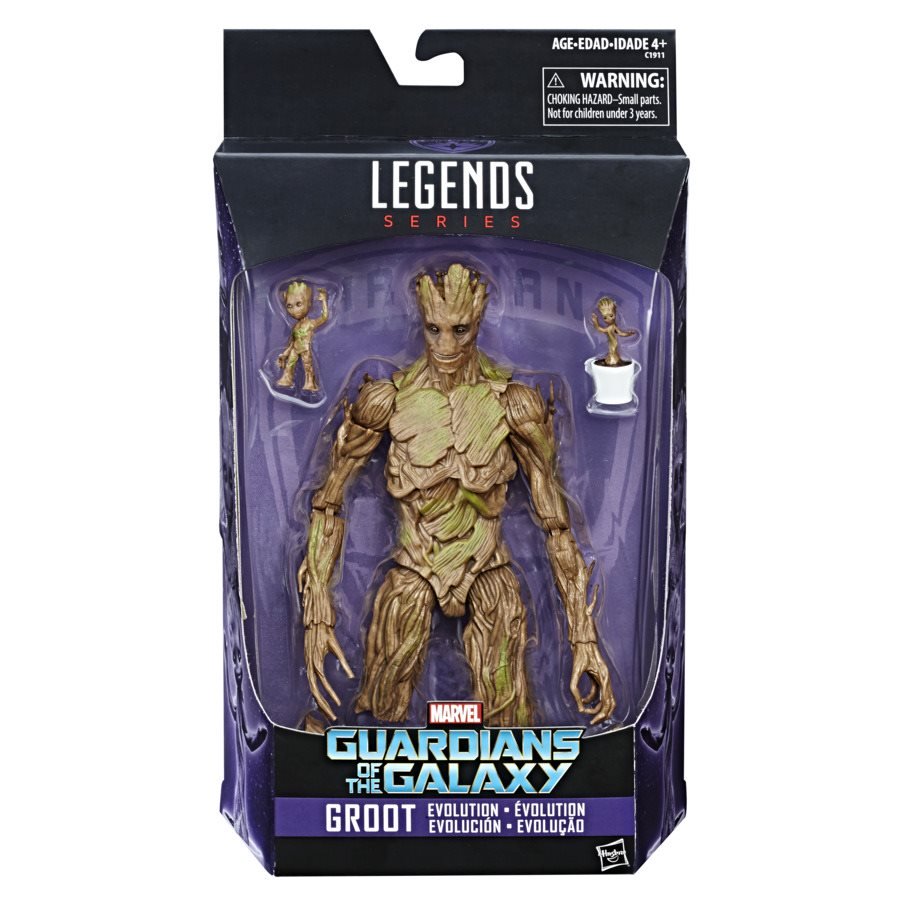 me but Groot is one of the best things about Guardians of the Galaxy. Groot is selfless, heroic, loving and very giving. The saddest part of the first Guardians’ movie was when Groot sacrifices himself to save his friends and the happiest was when we saw little sprout Groot dancing in his pot.

The next time when we see Groot, in Guardians of the Galaxy Vol. 2, he has outgrown his pot and back to fighting alongside his teammates. Actually, it wasn’t so much as fighting as it was dancing while the other Guardians worked to save the day. I must admit that dancing Groot was even more adorable than Groot in a pot. And now, because he is the favorite of legions of fans, companies are producing so many Groot related collectibles it is hard to keep up. There are t-shirts, coffee mugs, “dancing” statues and, most disturbing of all, is the Groot’s head popcorn bucket. The truly frightening thing is that the popcorn bucket is really a thing. I guess there really is something for everyone.

The collectible that we are reviewing today is the 1/10th scale Groot from the first Guardians of the Galaxy.  This figure is from Marvel Legends series and is an Entertainment Earth exclusive. Originally, Groot was the “build a figure” in the first Marvel Legends Guardians of the Galaxy wave, which meant you needed to find (sometimes the hardest part) and buy all 6 figures to get a Groot.

The Entertainment Earth Exclusive Guardians of the Galaxy Groot: Evolution is a long title for this figure but Groot is worth every letter. Standing approximately 9 inches tall Groot is in scale to the rest of the 6 inch Marvel Legends Guardians figures. This Entertainment Earth exclusive Groot is well done. The sculpt of Groot’s face is perfect. The sculptor did an excellent job reproducing Groot’s smile. Be careful though, even on the figure that smile is contagious. 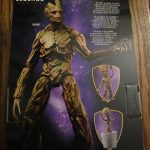 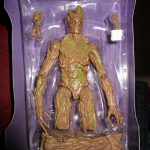 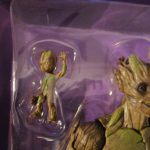 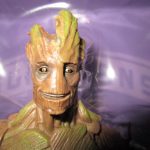 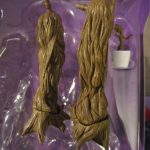 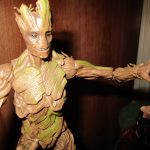 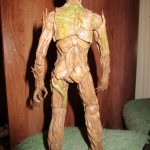 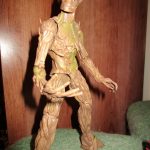 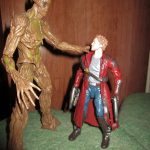 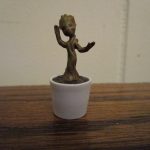 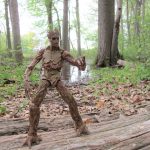 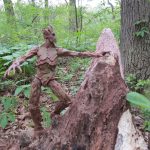 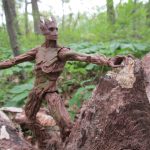 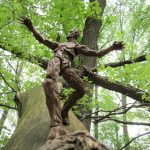 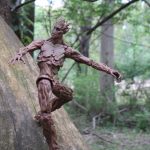 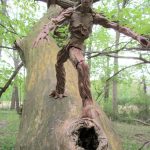 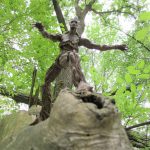 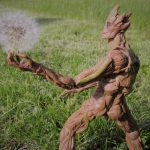 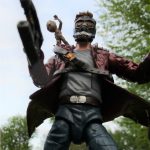 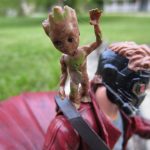 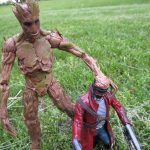 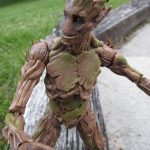 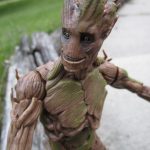 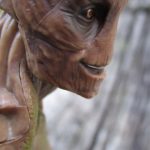 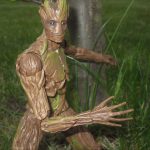 The Marvel Legends Groot: Evolution figure comes with 2 very important accessories. You may have noticed this figure is called “evolution”, this is because this Groot comes with two mini figures. One is Groot in his pot from the end of the first movie and the other is Baby Groot from Guardians of the Galaxy Vol. 2. Neither one of the smaller figures are poseable but the full size Groot has approximately 16 points of articulation. They are: