I think I was getting spoiled getting a new 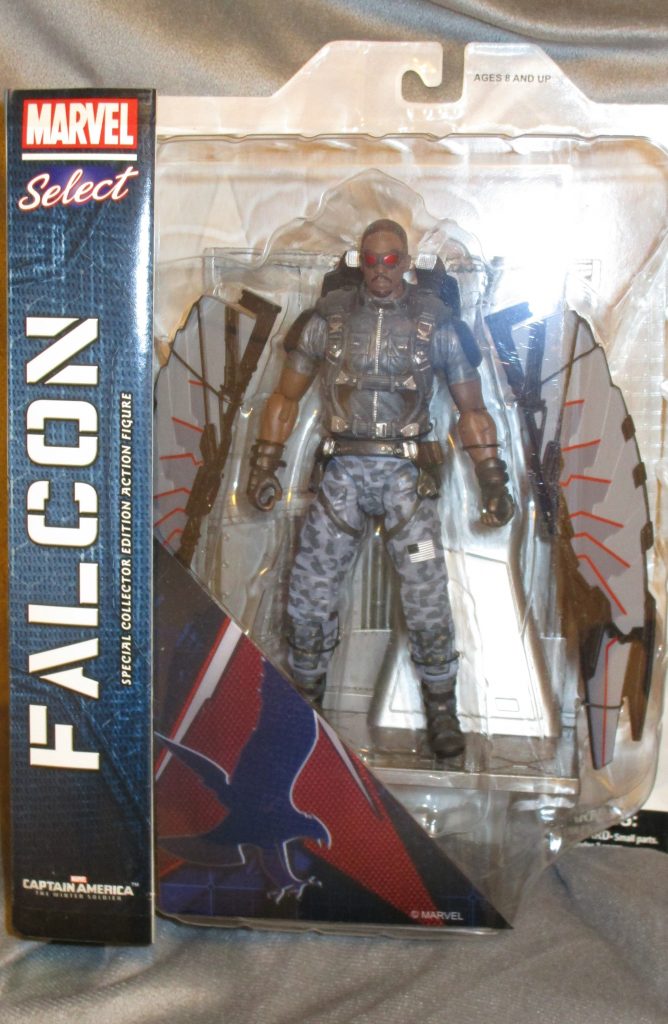 Marvel MCU movie twice a year. Phase 4 for the MCU is slowly shaping up but I find myself needing a Marvel fix. Thankfully Disney + is filling that need for Marvel with television shows. I have high hopes for Falcon and the Winter Soldier and I am glad the wait is finally over. In honor of the premiere for Falcon and the Winter Soldier we are going to take a look at the Marvel Select Falcon figure from Diamond Select Toys.

This figure is currently not in production and can only be found on the secondary market. I missed it when it was first released so I am excited that I can finally review this figure. The character of the Sam Wilson AKA Falcon was introduced to the MCU in Captain America: The Winter Soldier. The Marvel Select figure is based on the Falcon’s appearance in that film.

I have to admit that I am a huge fan of the Marvel Select figures from DST. I am always amazed by how detailed the sculpts are and just how good the figures look. Speaking of sculpts, this figure was sculpted by Gentle Giant so you know it looks great. I do think that the figure resembles Anthony Mackie, the actor that plays the falcon in the MCU.

The Falcon figure stands approximately 7 inches and has multiple points of articulation. These are:

The Falcon figure also comes with his wings and a stand. The wings are non-poseable and fit into 2 slots. The wing-span is slightly over 13 inches wide.

As I stated at the beginning I like the look of this figure and overall it gets high marks but it is lacking. One of the things this figure needed was some sort of weapon; possibly even the machine pistols he used in the movie. Another thing I would have liked to have double elbow joints for greater poseability.

The Falcon figure’s goggles are not removable and there isn’t a second goggle-less head to switch out. Personally I don’t see a need for a second head but I am sure that someone would want to know if the goggles could be removed. 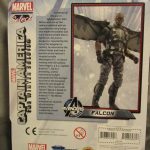 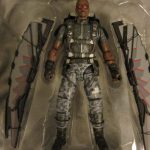 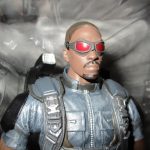 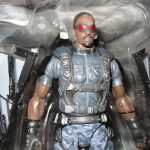 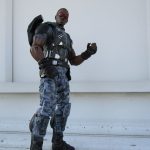 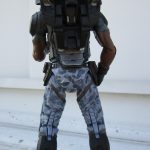 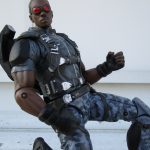 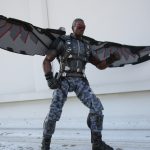 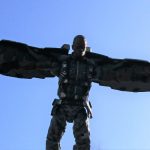 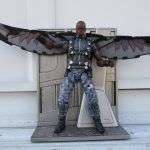 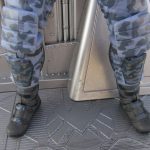 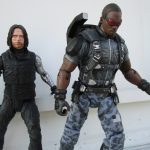 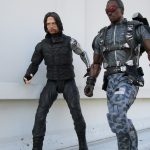 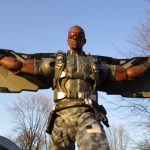 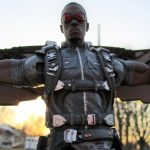 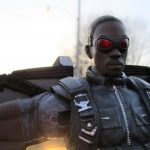 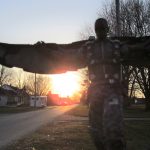 Bottom line for the figure is that it will make an excellent addition to your collection. I would say if you are a Falcon fan and you can pick this figure up at a decent price you should get one. This figure is for collectors 8 and above.

Special thanks goes out to our friends over at Diamond Select Toys for supplying the figure for review.