It’s time to answer the bell: Call of Duty: 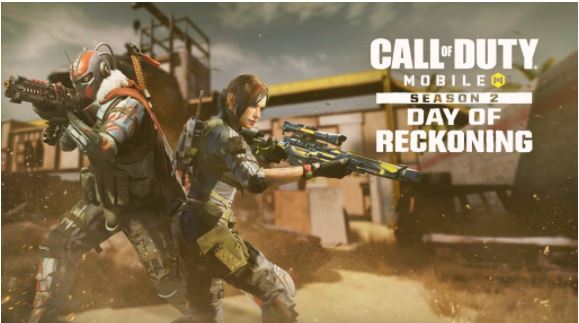 Mobile Season 2: Day of Reckoning has arrived! As of 4pm PT on March 10th, players can settle the score in Season 2 with two of the most beloved maps from the Call of Duty franchise, take to the streets with a new Battle Pass with 50 tiers of free and premium rewards and squad up in a new sniper only 3v3 Gunfight mode.

What’s more, this season’s update brings players new weapons with the assault rifle AS VAL (free and paid versions) in the Battle Pass and later in the season through a seasonal challenge, the SP-R 208 sniper rifle. Adding to the gameplay experience, players can look out for a Recon perk and a Napalm Scorestreak.

Here are some of Season 2 highlights coming to Android and iOS:

New Operators – Modern Warfare’s Charly makes an appearance as a default character option for players. Charly joins other female operators in the game, such as Outrider, Vivian Harris and more. Fans everywhere can get Charly for free now. More Day of Reckoning-themed operators to revealed at season launch!

Marquee Event – “Pursuit” kicks off on March 25 and enables players to send a unique Special Ops soldier out on operations to earn rewards.

This entry was posted in Training Simulations and tagged Android, Call of Duty, Call of Duty Mobile, Call of Duty Season 2, Day of Reckoning, iOS, Mobile Game. Bookmark the permalink.