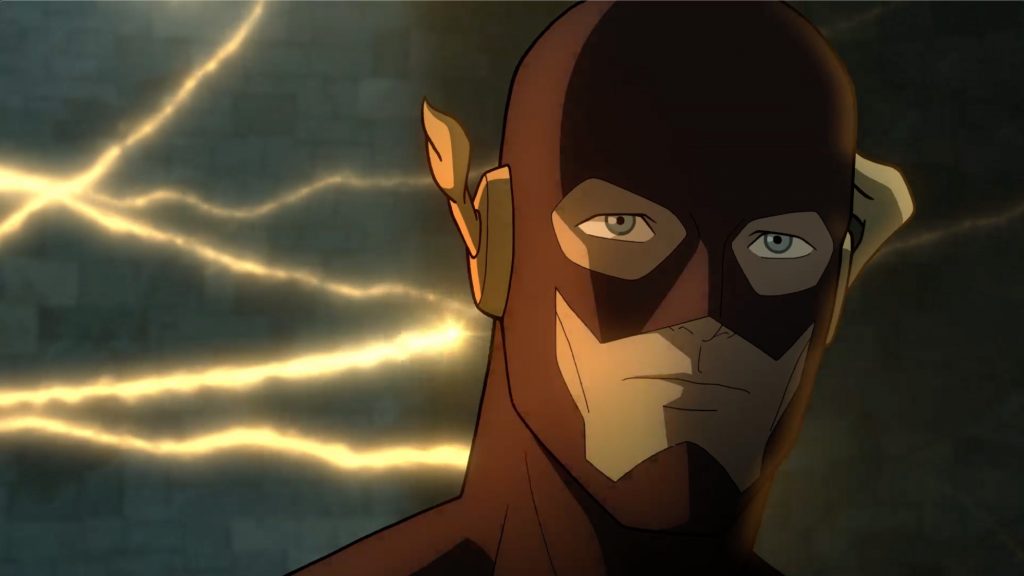 returns to the DC Universe Movies after his debut as the title character in 2013’s Superman Unbound. Beyond winning the Golden Globe and earning an Emmy Award nomination for The Normal Heart, Bomer has been a triple threat with starring turns on television in White Collar, Doom Patrol, The Last Tycoon, The Sinner and American Horror Story (where he also made his directorial debut), in films like Magic Mike and The Magnificent Seven, and on Broadway in The Boys in the Band.

The three interview bites (tied together) feature Bomer chatting about the “fish out of water” aspects of Flash’s journey, his love of the Flash’s impulsivity, energy, enthusiasm and wittiness, the film’s ability to present an ensemble cast with fully developed characters and specific motivations, and the effects of working alongside the Justice Society of America that will have a lasting influence on Barry Allen’s actions going forward.