Equipment: Keep Time with This Out of This World Collection of Star Wars Watches from Citizen

As Autumn is upon us, Citizen is launching 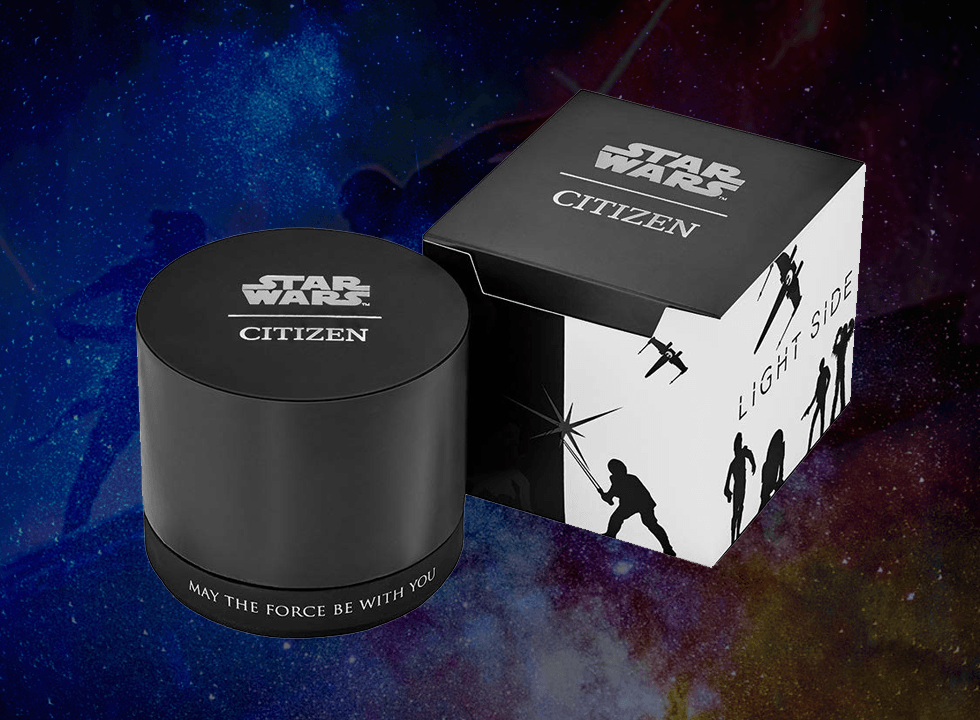 new styles to it Star Wars Collection for consumers to commemorate the iconic franchise.

The Star Wars Ana-Digi Collection was created to have a vintage appeal and authentic styling that pays homage to the Original Trilogy. Citizen originally introduced the ANA-DIGI TEMP model in the 1980s. This model was both popular in the local Japan market as well as globally. As the name suggests, this watch combines both analog and digital elements together in a unique design. The ANA-DIGI TEMP does more than just display the time, it is a multifunctional watch that also includes a Celsius temperature sensor. This popular model with its iconic, retro-futuristic square shape was reissued in 2018 in collaboration with Beams.

CITIZEN is adding two exciting new limited-edition models with designs inspired by popular Star Wars characters to the ANA-DIGI TEMP line-up. Elements from Star Wars characters including R2-D2 and C-3PO, are integrated into the mechanical-inspired design of the ANA-DIGI TEMP. The watch faces include colors and motifs unique to each character as well as the Star Wars logo and an illustration of each character engraved on the case back. 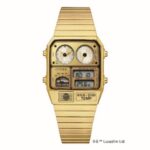 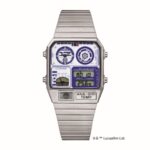 The R2-D2-inspired model features white, blue and red colors as well as the distinctive patterns on the droid’s body. The design of the disc-shaped second hand at the top right shows R2-D2 as seen from above and will retail for $350. The C-3PO-inspired model’s two analog dials on the top of the watch represent his eyes and is finished in his distinctive gold color and will retail for $375.

In addition to the ANA-DIGIs, Citizen is introducing two new styles that pay homage to iconic franchise: The Duel and The Mandalorian. 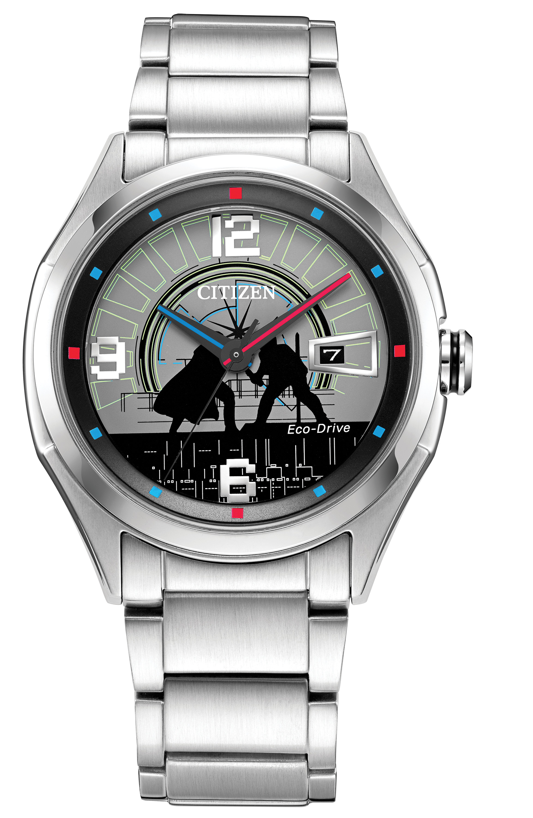 The Duel was created to honor the infamous scene of Darth Vader and Luke Skywalker with dueling light sabers. The dial art is the actual scene itself and the hands represent the sabers: red being the dark side and blue the sign of the Jedi. On the back of the case is the infamous Darth Vader quote “I find you lack of faith disturbing” from the original Star Wars film. It retails for $295.00 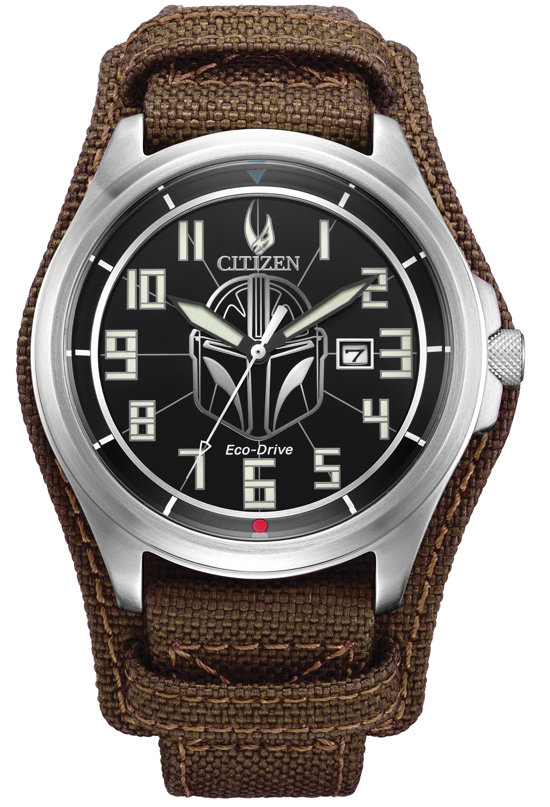 The other timepiece takes inspiration from the more recent Disney+ Series The Mandalorian : the lone bounty hunter who is the protector of “The Child.” With a $350.00 retail price, his helmet in a shiny application is featured on the dial with the Mudhorn prominently seen at 12 o’clock. Both watches are powered by Eco-Drive – Citizen’s proprietary technology. The Eco-Drive is a sustainable power source that uses light – no need for a battery.

For more information on CITIZEN and the Star Wars Collection, please visit: https://www.citizenwatch.com/us/en/collection/star-wars/

CITIZEN is the Official Timepiece of the WALT DISNEY WORLD Resort®, the DISNEYLAND Resort®, and the DISNEYLAND PARIS Resort®. This collaboration includes the creation of watch models that showcase the essence of Disney with designs inspired by iconic characters.

The final design and specifications are subject to change without notice.

Citizen, a pioneer in watchmaking and innovation since 1918, promotes excellence and creativity with a deep-rooted respect for craftsmanship. Citizen advocates “Better Starts Now,” searching for and accomplishing goals that cultivate positive change.

For over 40 years, Citizen’s Eco-Drive technology has served as the prime example of how the brand is dedicated to making the world and its environment a better place. A simple yet revolutionary concept, Eco-Drive harnesses the power of light from any natural or artificial light source and converts it into energy, eliminating the need for any battery replacement.