More than ever before, the allied forces battling 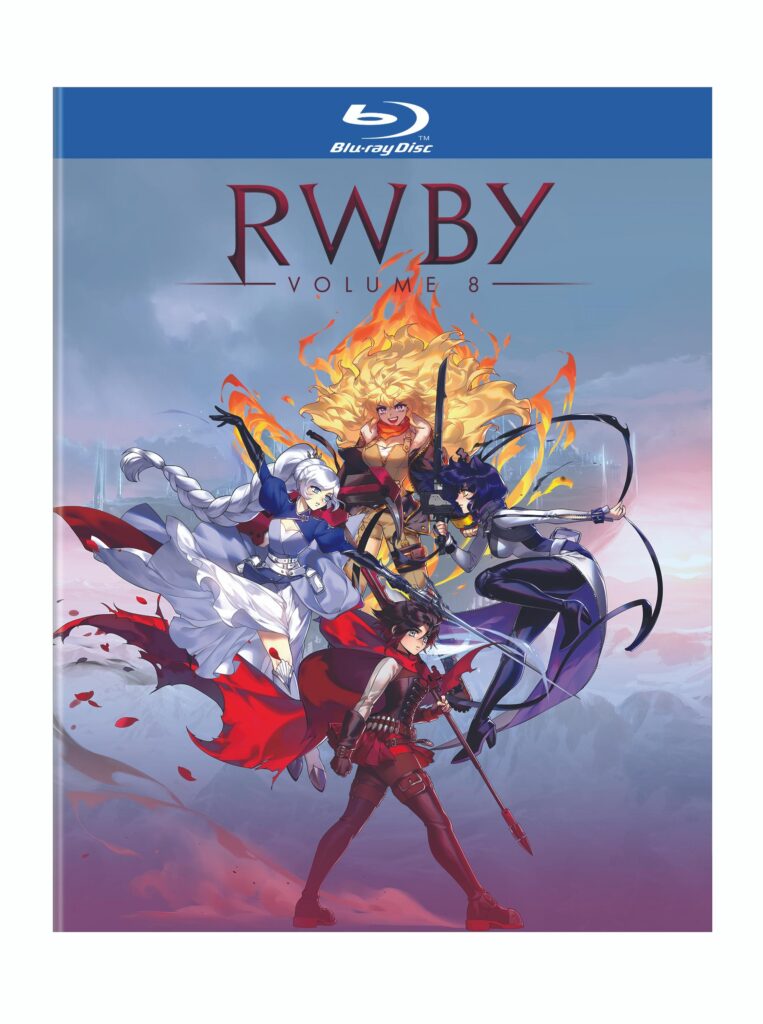 Beloved by fans and acclaimed by critics, RWBY imagines a world filled with horrific monsters bent on death and destruction, and humanity’s only hope lies with powerful Huntsmen and Huntresses. Ruby Rose, Weiss Schnee, Blake Belladonna and Yang Xiao Long are four such Huntresses-in-training, and their journey takes them far beyond the gates of Beacon Academy as they confront dark forces and work as a team to become the next generation of Remnant’s protectors.

In RWBY – Volume 8, our heroes’ worst fears have finally been realized: Salem is here, and the timing couldn’t be worse for the divided Kingdom of Atlas. Fear has turned the friends into enemies, and doubt threatens to splinter Humanity’s remaining allies. With both Salem and Ironwood stacking the odds against them, and the fate of Remnant at stake, it’s up to Team RWBY to make their play before it’s too late.

In addition to all 14 of the season’s episodes – including the landmark 100th episode of the series (entitled “Witch”) – and a full gamut of bonus features included in the season compilation, the first 20,000 fans to purchase RWBY – Volume 8 on Blu-ray will also receive a pack of limited edition RWBY/Justice League Art Cards. Each pack contains 10 collectible cards that feature the cover or variant from the RWBY/Justice League comics released by DC earlier in 2021. 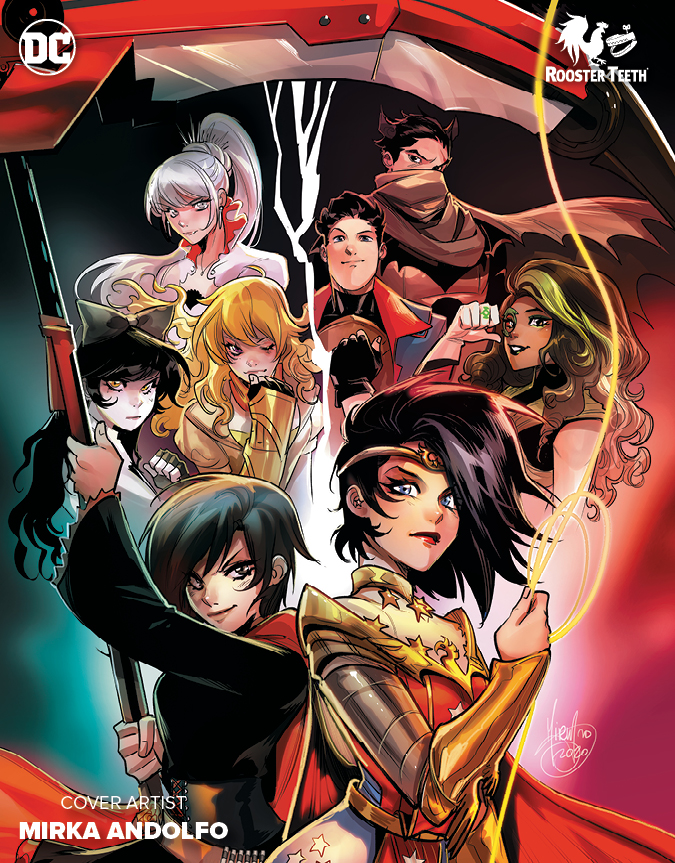 Created by the late Monty Oum (Red vs. Blue), RWBY is one of Rooster Teeth’s most beloved, viewed and shared series. As the first western-produced anime series to be distributed in Japan, RWBY episodes have averaged more than 7 million views, and the franchise has accumulated over 275 million views since its inception. To date, the series has sold nearly 680k units sold on DVD and Blu-ray, and registered consumer products sales in excess of $20 million. RWBY has a fervent fanbase in North America, the United Kingdom, Australia and Japan

CRWBY Faces (video) – A fun behind-the-scenes look at more than 100 of the 150+ individuals responsible for the production of RWBY.

Talk CRWBY to Me (Podcast) – A popular RWBY podcast recorded during 2020 and hosted by showrunner Kerry Shawcross.

Digital movies or TV episodes allow fans to watch a digital version of their movie or TV show anywhere, on their favorite devices. Digital movies or TV episodes are included with the purchase of specially marked Blu-ray discs. With digital, consumers are able to instantly stream and download movies and TV shows to TVs, computers, tablets and smartphones through retail services. For more information on compatible devices and services go to wb.com/RedeemDigital. Consult a digital retailer for details and requirements and for a list of digital-compatible devices.

Rooster Teeth is a fan-driven, community built entertainment company. From humble origins in a spare bedroom, Rooster Teeth created the web series Red vs. Blue, an innovative form of entertainment for a changing media landscape that sparked the growth of a passionate global fandom. From that foundation, Rooster Teeth pioneered a direct-to-consumer lifestyle brand for its growing online following with subscriptions, advertising, e-commerce, and live events. Rooster Teeth produces several original content series including RWBY, the most popular western-style anime series today, The Rooster Teeth Podcast, and daily video series featuring an in-house cast of influential talent. With broadcast and live-action production capabilities and a world class animation studio, Rooster Teeth engages top networks, streaming entertainment services and creative talent to develop projects that reach global audiences through its Studios division. Rooster Teeth cultivates the gaming lifestyle it helped define with partnerships through its industry-leading video-first podcast network, The Roost. Rooster Teeth has a massive global footprint of more than 45 million subscribers to its YouTube Network, 5 million unique weekly viewers across its RoosterTeeth.com hub and more than 4 million registered community members. The company was founded in 2003, and is a subsidiary of Otter Media, a WarnerMedia company. Discover more at RoosterTeeth.com.