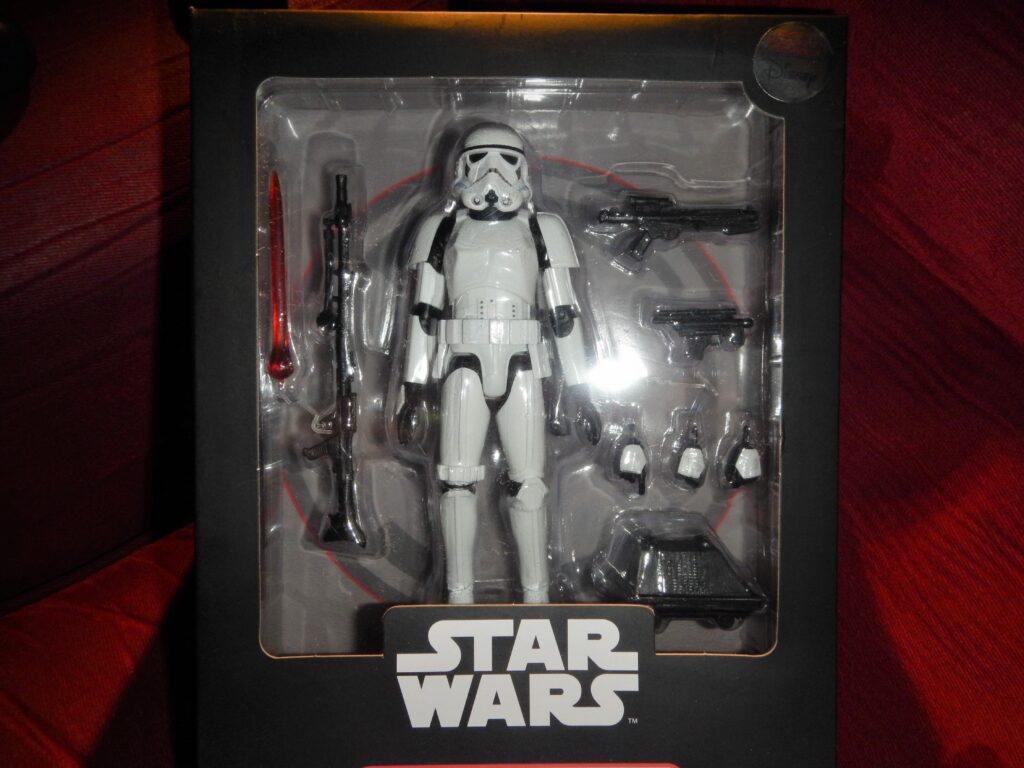 toys. If I didn’t like toys, particularly action figures, I would say that I am in the wrong profession and that I have to throw out hundreds of figures. Fortunately, I am doing just what I love and Diamond Select is feeding that love with their new additions to their Star Wars figure line.

A little over a year and a half ago, Diamond Select Toys started producing Disney exclusive Star Wars action figures. The first figures in this series were Darth Maul and everyone’s favorite bounty hunter, Boba Fett. Now Disney is adding another figure to the lineup and this time it is a Stormtrooper. Stormtroopers are the backbone of the Imperial military. These highly trained troopers are sent into battle when the Empire needs boots on the ground to deal with any situation. I have always loved the Stormtroopers, so I knew I needed it for my collection. Let’s face it, you need one (or 2) for your collection as well.

The Disney Exclusive Imperial Stormtrooper is produced by Diamond Select Toys and it is a thing of beauty. Standing approximately 7 inches tall, this full poseable figure is perfect for the Stormtrooper lover. Diamond Select didn’t just put the little details in the figure they even went above and beyond with the packaging. 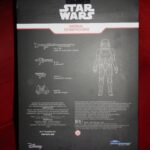 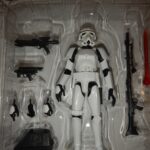 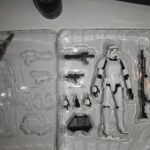 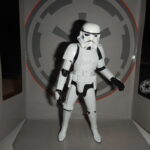 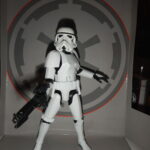 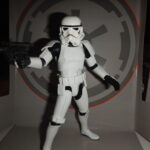 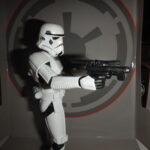 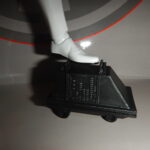 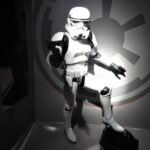 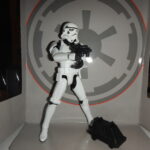 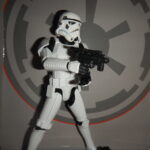 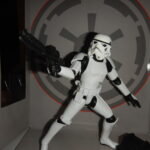 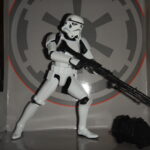 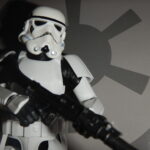 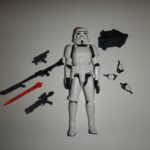 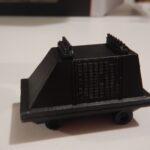 The box has the figure’s description on the back written in Aurebesh which is one of the basic languages in the Star Wars universe. I think it is impressive that they went this far. I suppose that the logic behind the stylized packaging is because the figures will be sold around the park including Galaxy’s Edge where Disney wants you to believe you are on an alien planet. That is just what I thought.

Enough about the packaging, we need to review the figure. The Diamond Select Stormtrooper comes with extra set of hands, 3 blasters, blaster effect (fits in all 3 weapons) and an MSE-6 droid AKA-mouse droid. The blasters are:

The articulation of the figure allows for a variety of poses whether you are playing with the figure or simply setting it up for display. I would have liked a bit more poseability out of the figure but that isn’t a deal breaker. This is still a good figure and a great addition to your collection.

The Diamond Select Toys Disney Exclusive Imperial Stormtrooper is available at the Disney parks and at ShopDisney.com. Suggested retail for this figure is $34.99 USD.