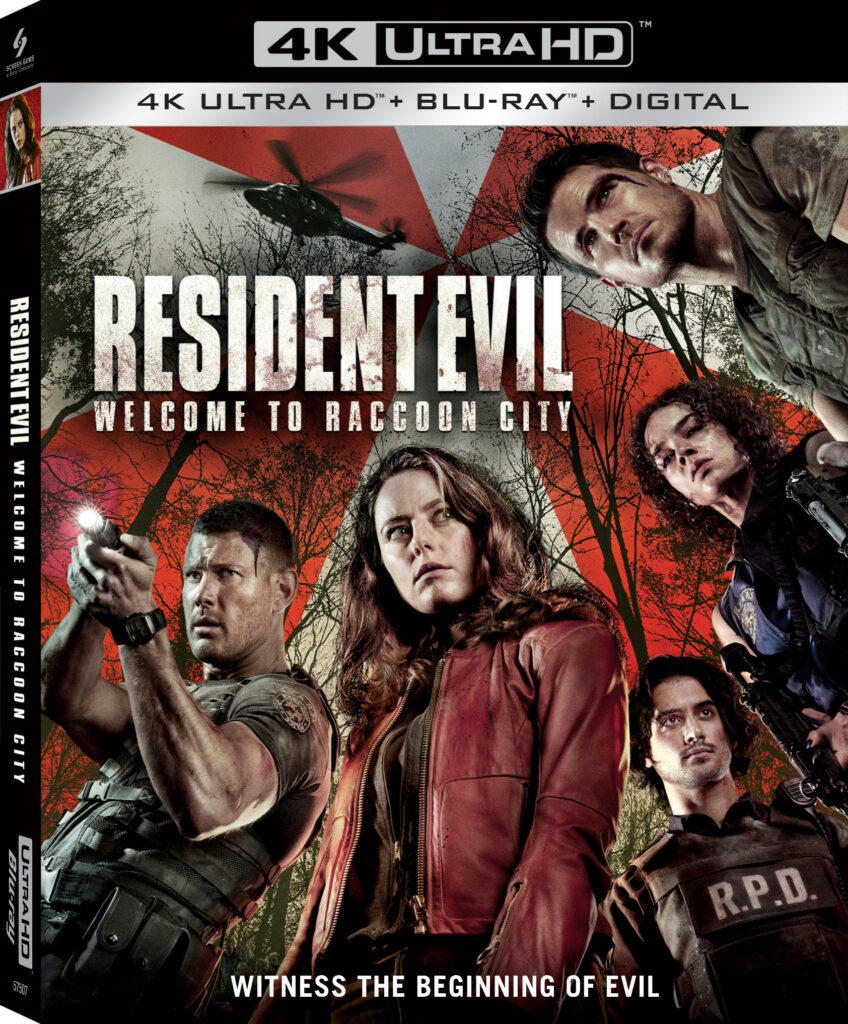 arrives in 4K Ultra HD™ and Blu-ray™ next month. This release includes over 20 minutes of all-new featurettes, exploring the characters, creatures and creepy locations of Raccoon City as well as the process of adapting the first two games of the massively popular video game franchise for the big screen. A limited edition 4K steelbook, available at major retailers while supplies last, includes five collectible poster cards featuring incredible original artwork from winners of a worldwide fan art contest.

If you are a fan of the video game series you sort of know what is going on but for the newcomers here is a brief synopsis…Raccoon City, which was once a booming home of pharmaceutical giant Umbrella Corporation, is now a dying Midwestern town. The company’s exodus left the city a wasteland…with great evil brewing below the surface. When that evil is unleashed, a group of survivors must work together to uncover the truth behind Umbrella and make it through the night.

Zombies, Lickers and the Horrors of Resident Evil

Written and Directed By: Johannes Roberts 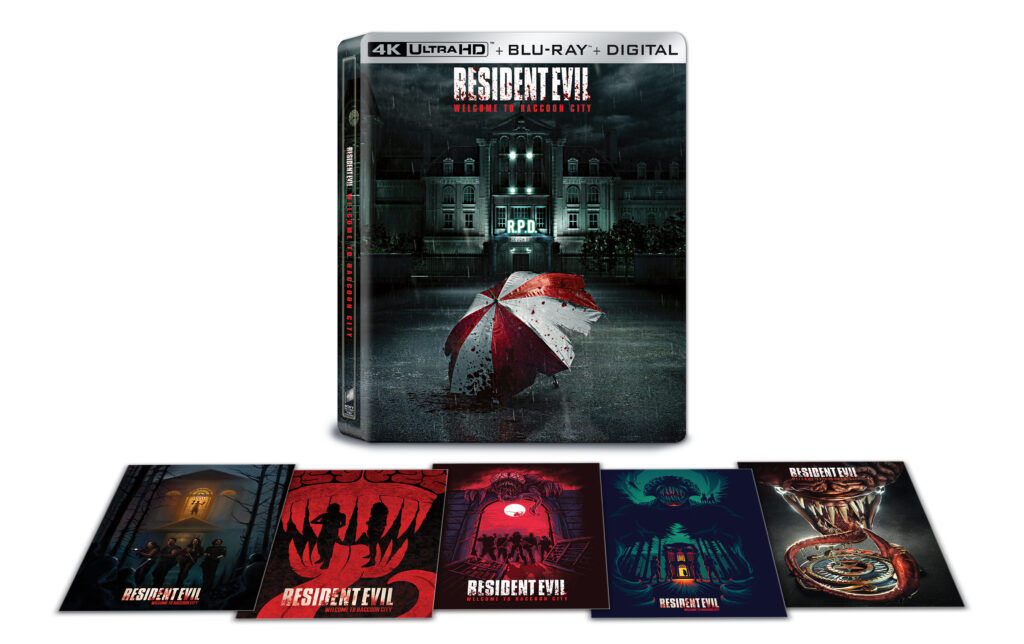 Rating:  R for strong violence and gore, and language throughout