It’s almost November, and you know what 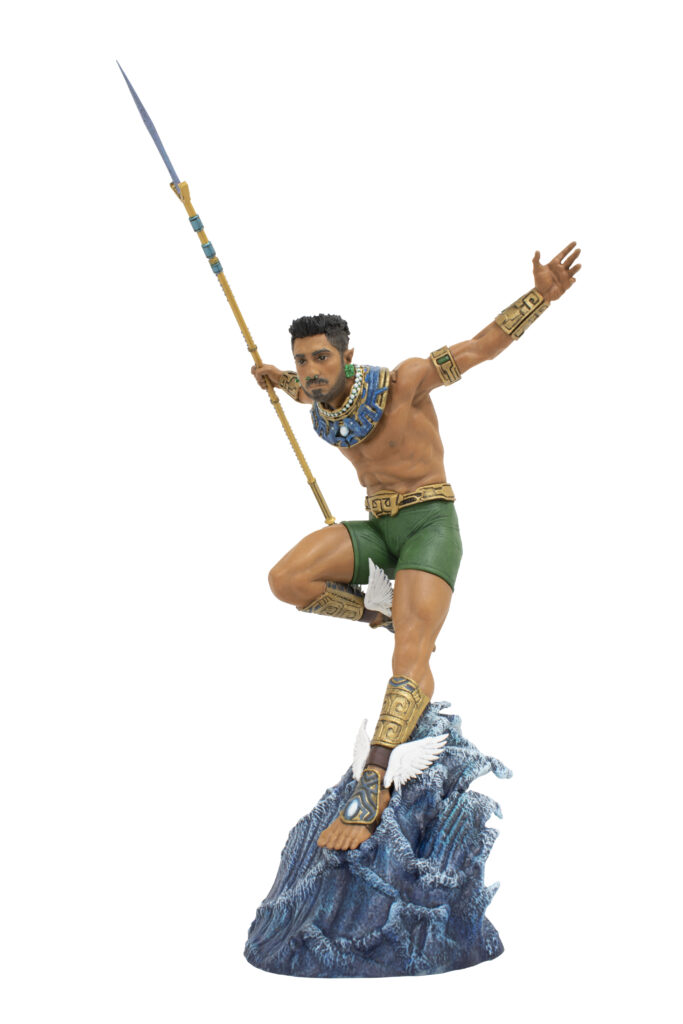 that means! The new Previews catalog is almost out! And that means there are a bunch of new Diamond Select Toys and Gentle Giant LTD products going up for pre-order. A new Gallery Diorama from All Elite Wrestling; new Minimates from Dungeons and Dragons; new busts, statues and Jumbos from Star Wars; and new busts, statues and action figures from Marvel! It’s the best of all worlds!

A Diamond Select Toys release! The Wild Thing has entered the building! Looking at this approximately 10-inch Gallery Diorama of All Elite Wrestling champion Jon Moxley, you can practically hear his entrance music! Standing on a chair with one foot up on a barricade, Moxley holds his belt draped over his shoulder and points at his would-be challenger. Made of high-quality PVC, this sculpture features detailed sculpting and paint applications and comes packaged in a full-color window box. Designed by Gariel Cassata and sculpted by Patrick Piggott! SRP: $59.99

A Diamond Select Toys release! Enter the Dragons! Diamond Select Toys’ first product from Dungeons & Dragons comes to you from the animated world of the D&D cartoon of the 1980s! This deluxe box set of six 2-inch Minimates includes the entire team of heroes: Bobby the Barbarian, Diana the Acrobat, Eric the Cavalier, Hank the Ranger, Presto the Magician and Sheila the Thief! Plus, get a tiny figurine of Uni the Unicorn! Each Minimate features multiple points or articulation and character-specific accessories, and all parts are fully interchangeable! They come packaged in a full-color, book-styled window box with a fifth-panel cover. Designed and illustrated by Barry Bradfield! Coming Soon: The Villains! SRP: $50.00

A Diamond Select Toys release! By the Vishanti! Doctor Stephen Strange is a legend in this dimension, and now he’s a Legend in 3-Dimensions! This approximately 10-inch, ½ scale bust depicts Doctor Strange as he appears in Doctor Strange and the Multiverse of Madness, including his cape, Eye of Agamotto amulet and a fiery pedestal base. It features actor likeness, including detailed sculpting and paint applications. Limited to only 1000 pieces, it comes packaged in a full-color window box with a hand-numbered certificate of authenticity. Designed by Joe Allard, sculpted by Rocco Tartamella. SRP: $200.00

A Diamond Select Toys release! Unleash the Sinister Six! Electrically powered supervillain Electro joins fellow Spider-foes Kraven, Vulture, Mysterio and Doctor Octopus to continue to build the Spider-Man-hating Sinister Six! Wearing his classic green-and-yellow lightning-bolt costume, Max Dillon charges up his fists as he stands over a pair of moneybags. This approximately 10-inch sculpture is made of high-quality PVC and comes packaged in a full-color window box. Designed by Caesar, sculpted by Alterton! SRP: $59.99

A Diamond Select Toys release! The long wait is over! Not only is the highly anticipated Black Panther sequel, Wakanda Forever, almost here, we’re this close to the debut of Namor the Sub-Mariner in live action! To celebrate, DST is offering a new Gallery Diorama of the crown prince of Atlantis, coming to stores next year! Measuring approximately 10 inches tall, this sculpture is made of high-quality PVC and comes packaged in a full-color window box. Designed by Leo Silva, sculpted by Alejandro Pereira! SRP: $59.99 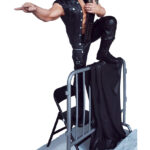 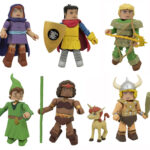 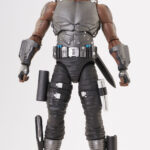 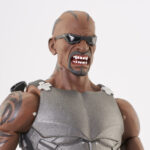 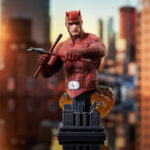 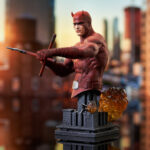 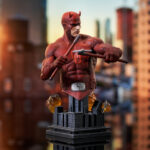 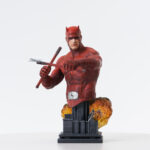 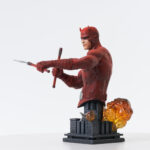 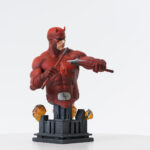 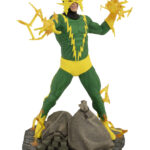 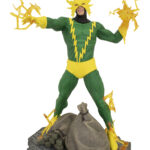 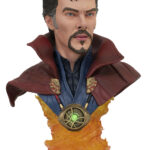 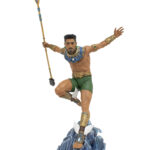 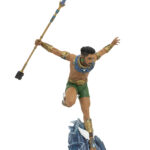 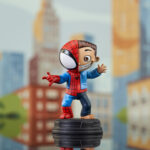 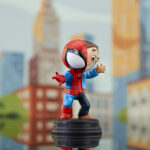 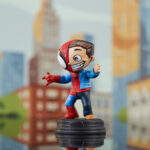 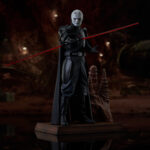 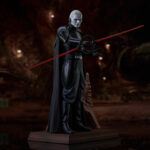 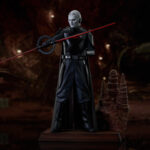 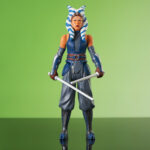 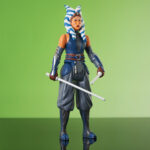 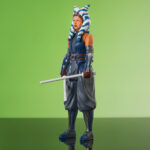 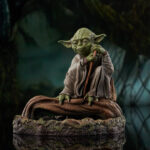 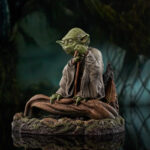 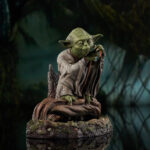 A Gentle Giant LTD release! As a teen, Peter Parker had the worst of both worlds. Disrespected as a teenager and demonized as a superhero, he still found a way to make both halves of his lives work. Now, Gentle Giant LTD has captured that duality in this all-new animated-style sculpture of Peter Parker! Based on the Marvel cover artwork of Skottie Young, this approximately 4-inch statue features art-accurate sculpting and painting and is limited to only 3000 pieces. It comes packaged with a numbered certificate of authenticity in a full-color box. Sculpted by Casen Barnard! SRP: $59.99

A Diamond Select Toys release! Hell’s Kitchen is burning, and Daredevil is there to stop it! This 1/7 scale, approximately 6-inch diorama of the Man Without Fear depicts him wielding his billy clubs, with a ninja star stuck in one of them, all atop a base depicting a flaming New York City neighborhood. Limited to only 3000 pieces, this bust comes packaged in a full-color box with a numbered certificate of authenticity. Designed by Nelson X. Asencio, sculpted by Juan Pitluk! SRP: $90.00

A Gentle Giant LTD Release! That’s one big Togruta! Ahsoka Tano, former padawan to Anakin Skywalker, is now Jumbo-sized, as the newest Jumbo figure from Gentle Giant LTD! Standing 12 inches tall with 5 points of articulation, Ahsoka is based on her Mandalorian appearance and sculpted in a retro “Kenner” style. She includes her two lightsabers as accessories and comes packaged on a retro-style cardback inside a resealable blister card. SRP: $80.00

A Gentle Giant LTD Release! Begin the Inquisition! The Jedi-hunting Grand Inquisitor, as seen in Disney+’s Obi-Wan Kenobi, is now the latest Premier Collection Statue from GG LTD! Standing approximately 11 inches tall, this 1/7 scale resin statue depicts the Inquisitor holding up his double-bladed lightsaber, as if daring his opponent to attack. Limited to only 2000 pieces, it comes packaged with a numbered certificate of authenticity in a full-color box. SRP: $200.00

A Gentle Giant LTD Release! When 900 years old you reach, look this good you will not! The wizened Jedi master who trained Luke Skywalker until his death, Yoda is now the latest 1/6 scale statue in the Milestones line. Measuring approximately 5 and ½ inches tall, leaning against a rotted tree stump on Dagobah, this sculpture is in scale to other Milestones statues, and is limited to only 1000 pieces. IT comes packaged with a numbered certificate of authenticity in a full-color box. SRP: $200.00