Vids: A Review of Cosmopolis

I am not a cineaste, nor do I claim to be. I do however; enjoy a well-m 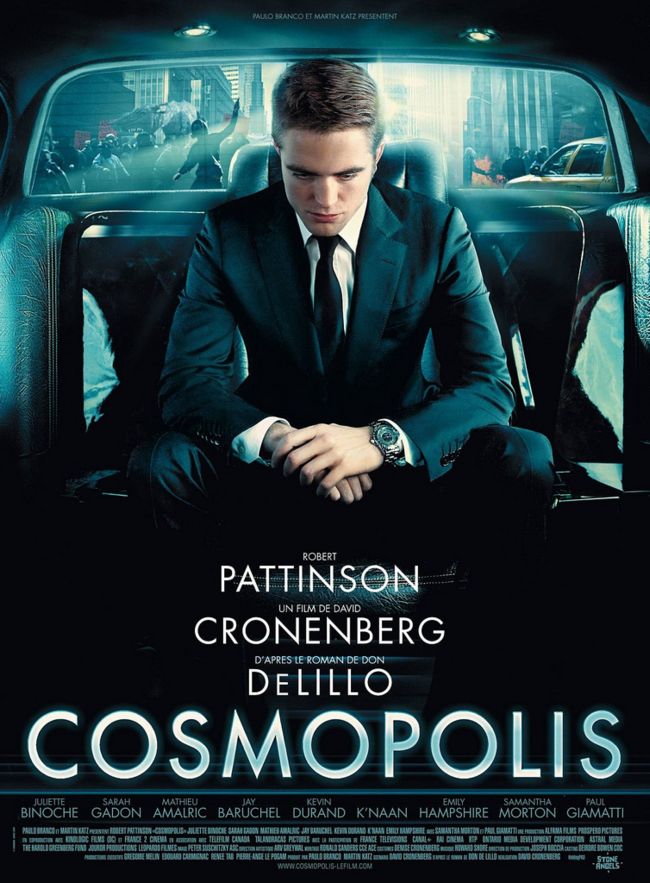 ade, thought provoking film that keeps me thinking for days afterwards. Cosmopolis is such a film. My friend and I saw it this recently in Montreal while there on a weekend trip, and were completely and utterly stunned by its power and profundity. From start to finish this film was the most beautiful ballet of dialogue, cinematography, direction, acting, and music that I have ever seen. Directed by auteur extraordinaire David Cronenberg this is an adaptation of the literary masterpiece by Don DeLillo. Cosmopolis had us captivated from the opening scenes .

It is the story of wunderkind Eric Packer’s (portrayed masterfully by Robert Pattinson) descent into financial and personal ruin, which takes place during a day-long limousine ride across 47th Street in Manhattan from East to West. Mr. Pattinson’s performance in this film is utterly captivating and compelling, powerful and profound. His delivery of dialogue, facial expression and subtle nuances are the vehicles that move this film on its journey to seek the tangible within the intangible.

On Packer’s crosstown odyssey, he hosts a myriad of characters in the limousine ranging from his techno-geek go to guy (portrayed by Jason Nozuka), to his partner in business, Shiner (portrayed brilliantly by Jay Baruchel) and his associate Jane Melman (Emily Hampshire). This is an awe-inspiring; dialogue heavy scene including an in-limo medical/prostate examination all in the course of the business meeting. Of all of the characters in the film there was one whose presence was a constant source of fascination. This character was not an actor, but the interior of the limousine itself. The sterility, coldness, and soullessness were the perfect complement to that of its passenger Eric. 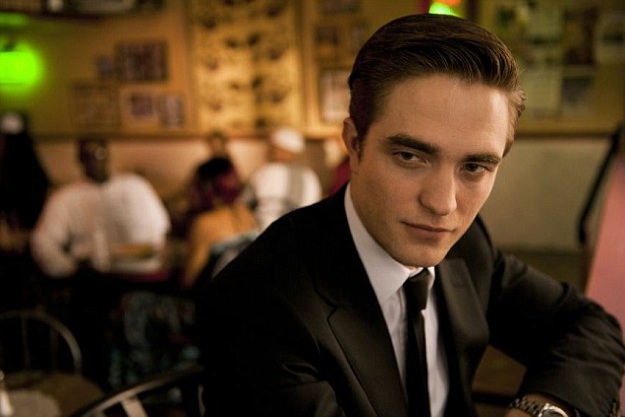 There are many powerful scenes in this film but there are some that are more powerful than others. One scene in particular takes place when Eric meets with Vija Kinsky, his chief of theory. Kinsky was portrayed by the always dynamic Samantha Morton who you will remember as Deborah Curtis in the Joy Division biopic “Control”. The scene with Morton was not just powerful, it was surreal and utterly captivating. The other women in Eric’s life served to give depth and dimension to an already deep character. Sarah Gadon played Eric’s wife (though more a business acquisition than a spouse) and Juliet Binoche, portrayed art dealer Didi Fancher, one of Eric’s paramours. Both actresses’ performances were outstanding.

Robert Pattinson’s performance was just stunning throughout the film but the scenes between him and Paul Giamatti were positively powerful. Paul Giamatti, portrayed Benno Levin, a former employee of Packer Capital who wants to assassinate Eric (Pattinson). He feels that if he does, it will somehow right the wrongs done not just to him, but to all of the downtrodden. The depth and power of the performances by these two actors during the end sequence was nothing short of cinematic majesty. At film’s end, my friend and I were stunned into silence, fighting to find words to describe the sheer brilliance of this film. The end sequences of this film were where the power and profundity really come together beautifully.
I have say, “Mr. Pattinson, I absolutely commend you. Mr. Cronenberg, your vision is as always, complete and powerful.” These elements are the one-two punch that delivered one hell of a knockout performance. This is a film that needs to be seen. Likewise the novel, on which it is based, needs to be read.

On a final note, the Excentris on Boulevard St. Laurent where we saw this film was the greatest theater in which to see a film. It was more akin to a cathedral than a theater. Its sound and screen a reverential companion to this masterpiece of filmmaking. If you are ever in Montreal make a pilgrimage there.