Based on the long running British television hit of the same name, Top Gear is a show 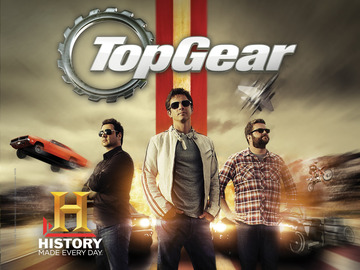 for people who love cars. This version is every bit as entertaining as the one across the pond. Don’t forget to check out this week’s episode on History.

So what is happening this week on Top Gear? Could you own a classic car and not know it? The guys each get a car that they think is seriously undervalued and set out to reestablish its reputation before creating a live commercial in San Diego and attempting to make money on it. The two losers have to entertain two celebrities in a crazy race in equally crazy vehicles, and it gets out of control fast.

Tune in Tuesday at 9pm