Equipment: Star Trek Select is the Next Generation of Trek Collectibles! 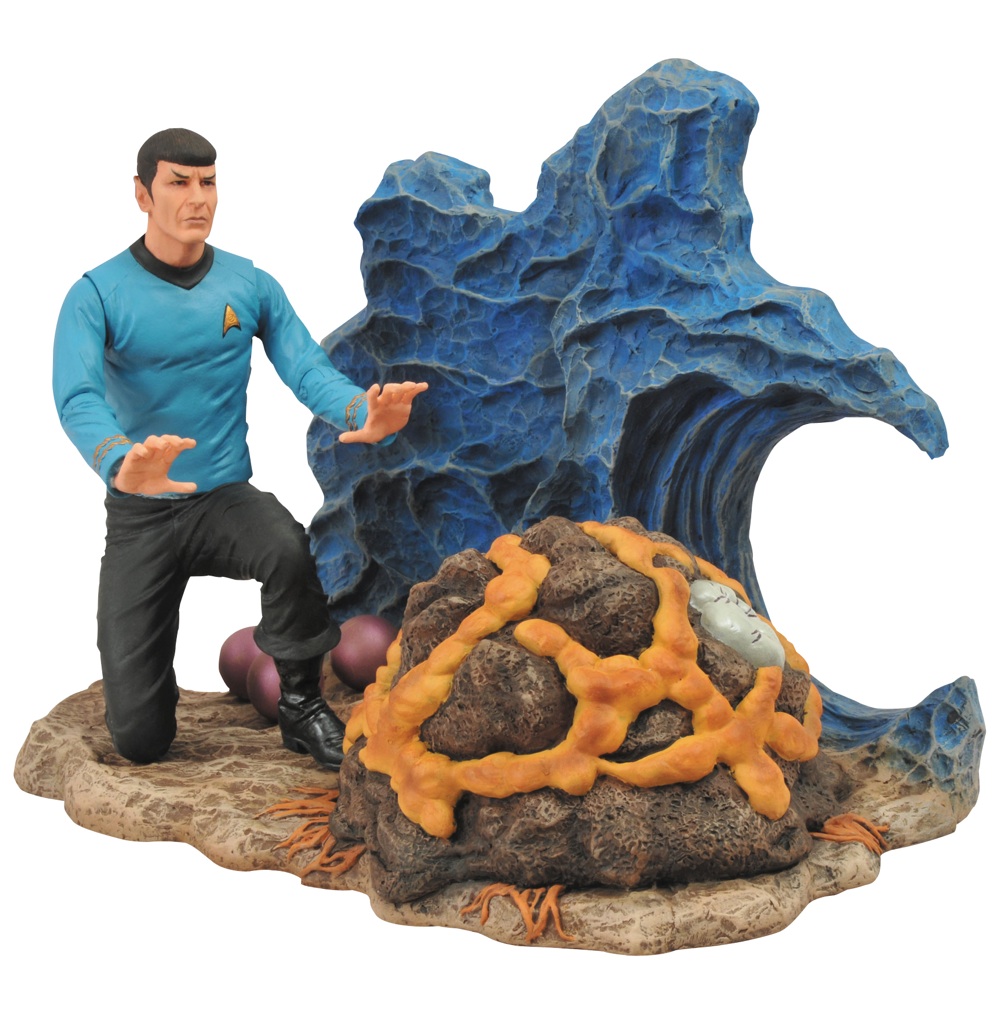 encies, demanding the return of 7-inch Star Trek figures — well, Diamond Select has heard their transmissions! This winter, DST plans to release the first in a line of Star Trek Select figures, depicting iconic characters from across the Star Trek universe in the 7-inch scale fans have asked for. Each figure will come in DST’s famous Select packaging, and will include a diorama-style display base as well as interchangeable parts to recreate scenes using that diorama. And the first release in the line is the most iconic Star Trek character of all, Mr. Spock!

Depicting Mr. Spock as he appears in the classic episode “Devil in the Dark,” this figure includes a cave diorama with a Horta alien — the first Horta toy ever made! Spock himself will have interchangeable legs for standing or crouching poses, and interchangeable hands to hold a phaser or establish a mental link with the Horta. He even comes with an alternate screaming head! The figure will be available in early 2013, and will be followed by James T. Kirk, as well as numerous other important and fan-requested characters from the Star Trek diaspora. The Marvel Select line celebrated its 10th anniversary this year, so here’s to ten years of Trek Select! 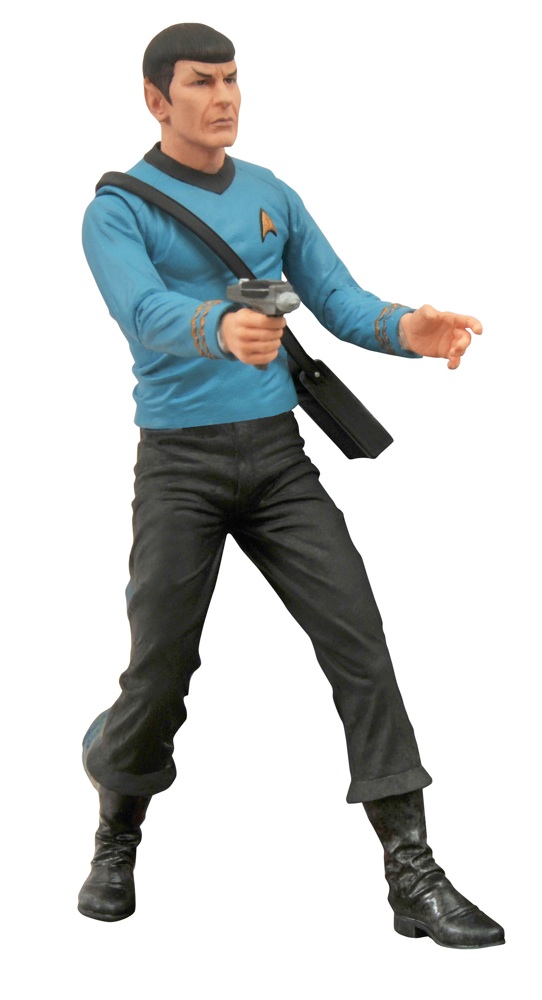 Beam aboard this new Star Trek toy line today and pre-order Mr. Spock at your local comic shop, or your favorite online retailer!