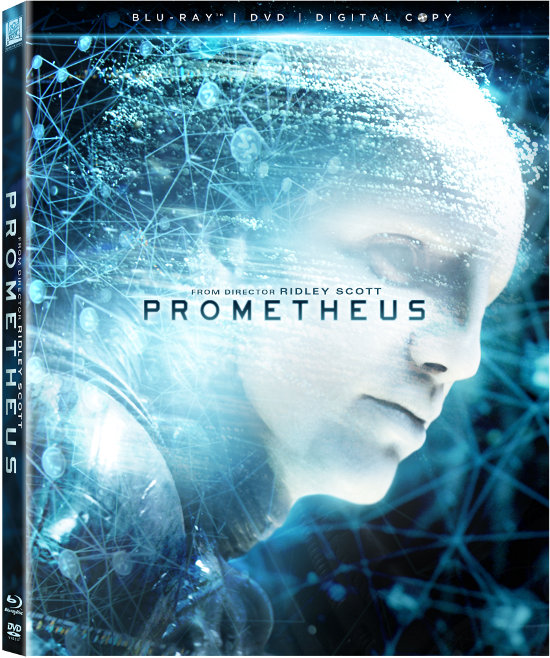 hard and often that it’s impossible not to be thrilled by it” (Peter Travers, Rolling Stone). Launching into space to discover the mysterious creators of the human race, the “genuinely epic” (Tom Long, Detroit News) film, PROMETHEUS, debuts globally on Blu-ray 3D, Blu-ray and DVD October 9 from Twentieth Century Fox Home Entertainment. An unmatched home entertainment experience, watch the highly-anticipated blockbuster hit in the format it was meant to be viewed, stunning 3D high-definition.

Archeologist couple Elizabeth Shaw (Rapace) and Charlie Holloway (Marshall-Green) discover a star map that they interpret as an invitation from humanity’s forerunners, the “Engineers.” Determined to find out more about them, the couple boards the scientific vessel Prometheus, created and funded by Peter Weyland (Pearce), CEO of Weyland Corporation. Lead by mission director Meredith Vickers (Theron) and monitored by Weyland’s android David (Fassbender), the team of explorers find a clue to the origins of mankind on Earth and embark on a thrilling journey to the darkest corners of the universe where they fight a terrifying battle to save the future of the human race.

Loaded with over seven hours of bonus material, the PROMETHEUS 4-Disc Collector’s Edition and 2-Disc Blu-ray Combo Pack feature the original theatrical release and are available in premium packaging. Fans can get the ultimate Prometheus experience with an Alternate Opening and Ending, Deleted and Alternate Scenes, access to “Peter Weyland’s Files,” commentary by directors and writers, a cutting-edge Prometheus Weyland Corp. Archive Second Screen App and more!

*2004, Best Actress in a Leading Role, Monster
**2012, Best Performance by an Actor in a Motion Picture-Drama, Shame 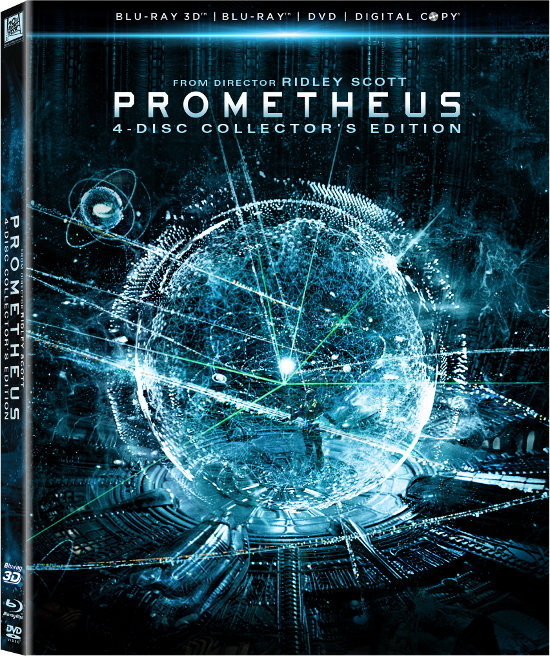 Explore the World of Prometheus at www.Projectprometheus.com/discover