Wednesday, a.k.a. New Toy Day, is almost here, and it’s a big day for Diamond Select 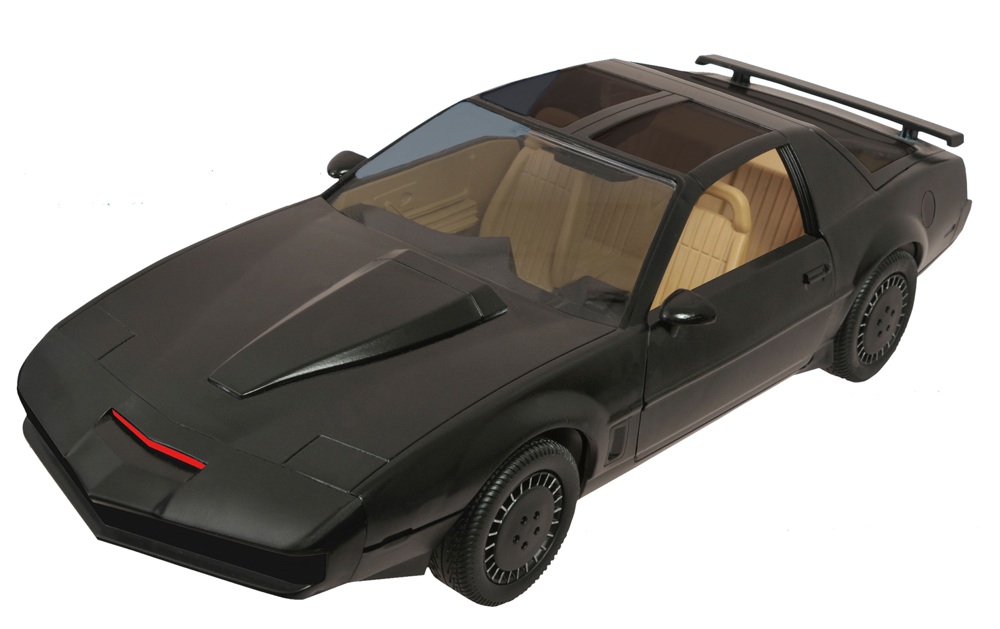 Toys! In addition to the next figure in their popular Marvel Select action figure line — Storm of the X-Men — comic stores and specialty shops will receive the first electronic vehicles of KITT vehicles from Knight Rider!

Knight Rider 1:15 Scale K.I.T.T. Electronic Vehicle
The Knight Industries Two Thousand (K.I.T.T.) was an experimental vehicle developed by the Knight Foundation as a deterrent to criminal activity. Outfitted with numerous cutting-edge technologies — most of them defensive and nonlethal — the car’s systems 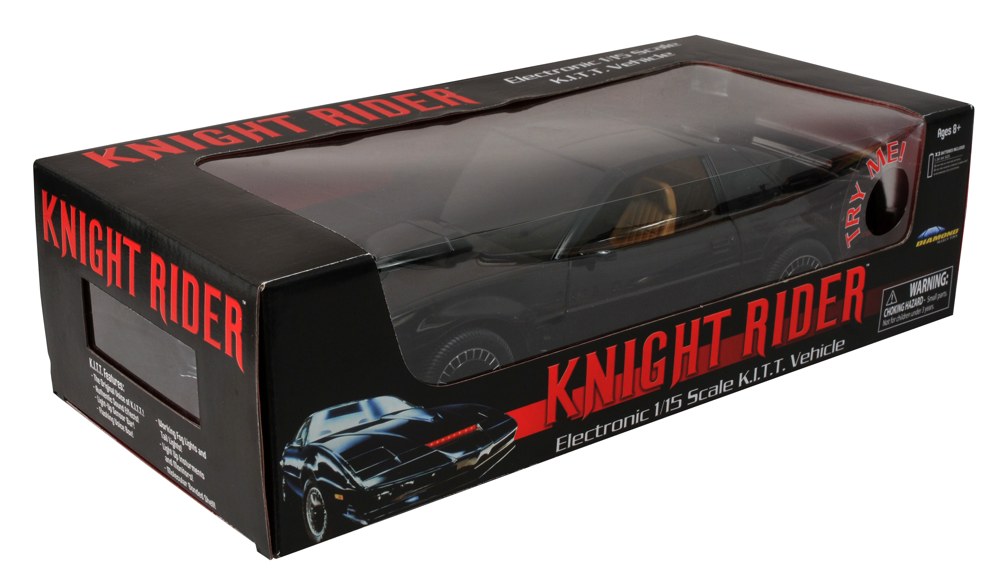 were controlled by an advanced artificial intelligence, partnered with a human operator. This 14-inch replica is based on K.I.T.T.’s appearance in the 1984 television series Knight Rider, and is capable of replaying key dialogue and sound effects from the original broadcasts at the push of a button. Features the original voice of K.I.T.T., authentic sound effects, and light-up fog lights, tail lights, sensor bar, voice box, instruments and monitors! 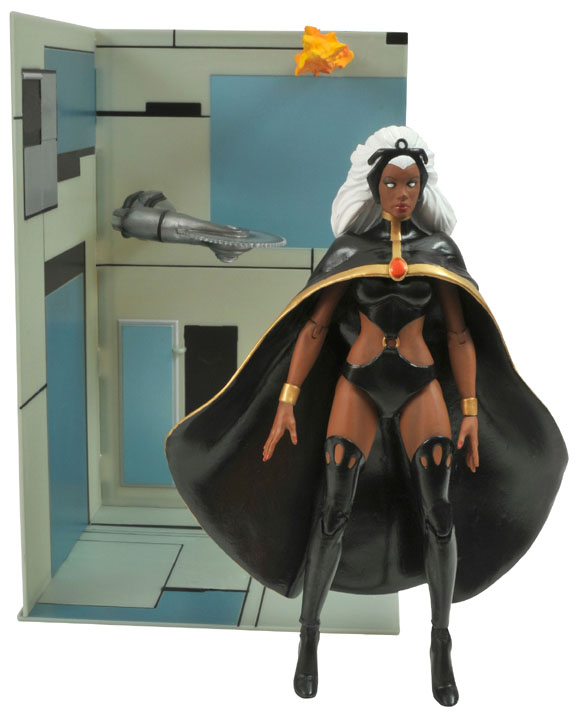 ssus and company are now joined by Ororo “Storm” Munroe in her original costume. Standing 7 inches tall, Storm features 16 points of articulation, and comes with a section of the Danger Room featuring saw and torch pieces, which can be displayed alongside the sections that come with her fellow X-Men figures. Retailers who buy a case will get five regular figures and one figure with an alternate pinned-up hairstyle. Storm comes in oversized collector packaging, and is only available on the specialty market! Sculpted by Sam Greenwell! 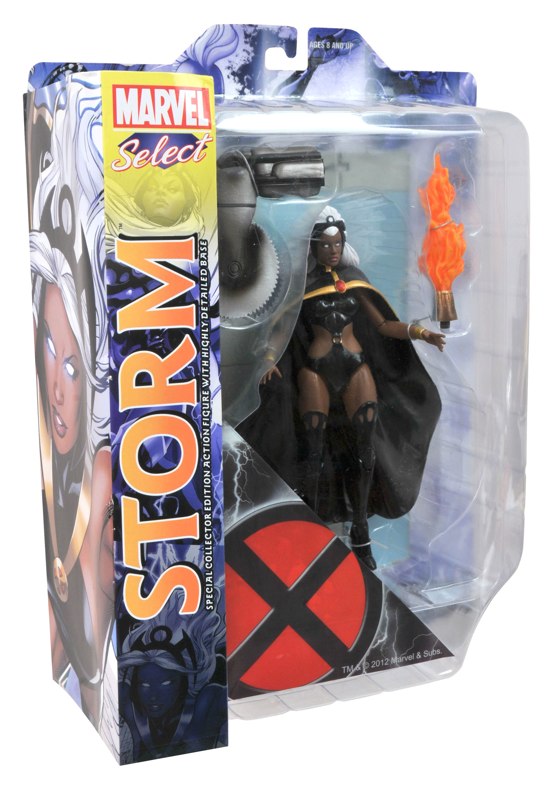