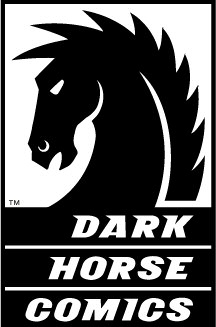 of The Ronin”, a game now available for iPhones & iPads, and coming soon to Android devices and desktop PC’s (www.usagiyojimbogame.com).

In conjunction with the release of the game, Dark Horse Comics is announcing the first new Usagi Yojimbo collection after a year hiatus working on 47 Ronin. The first new book will be Usagi Yojimbo: A Town Called Hell, which will see release on July 17.

Usagi Yojimbo is the beloved character and world created by award winning author and illustrator Stan Sakai, following the tales of a ronin (masterless samurai), set in feudal Japan. This is the first videogame based on the property in over 25 years and will introduce the epic series to a new generation of fans.

“It’s been far too long since the last Usagi game, and I am so excited to be working with HappyGiant to bring Usagi and his friends back to these new platforms,” said Stan Sakai, “The game turned out great!”

“Happy Giant is thrilled to be working with Stan Sakai and Dark Horse to bring Usagi Yojimbo to the mobile and gaming worlds”, said Michael Levine, CEO of HappyGiant. “This is one of the most treasured properties in the comics world, and we are proud to be adapting it as a game for fans, and for a new generation of fans who will discover it for the first time. This is a real labor of love.”

The title is a “2D side-scrolling hack-and-slash game”, done in the comic’s art style, and in the vein of the old Teenage Mutant Ninja Turtles Arcade game, to which Usagi is often linked, as the characters have appeared in each other’s comics and TV series over the years. The game features over 60 different enemies, over 13 boss monsters and several of Usagi’s friends who fight along his side as companions.