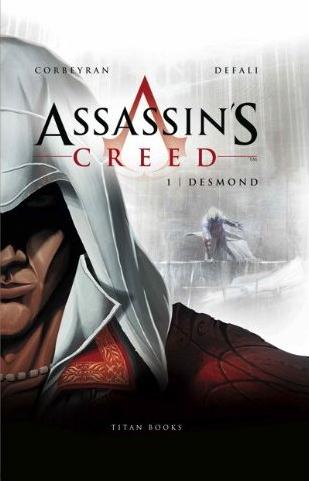 are just a few things people have come to expect from the Assassin’s Creed universe. In these regards the three-part English adapted graphic novels will not disappoint.

Published through Titan Books, the trilogy is adapted from the 2009 French graphic novels of the same titles. Book one is titled Desmond, book two is Accipiter, and book three Acquilis.  Written by Éric Corbeyran, the three novels take you on a fast paced adventure that begins just before the events of Assassin’s Creed 2, the novel’s video game counterpart, and follows hero Desmond and a band of assassins as they attempt to thwart the evil Templars.  While any stalwart fan will notice that the novels do not link up perfectly with the games, they do well in providing some back story otherwise unavailable.

The story is well blended through modern day assassins and jaunts into the past via the matrix-esque machine known as the animus, which is a groovy simulator that allows the user to relive the past memories of blood relatives. While the writing does a fair enough job of explaining all of this, the story maybe be difficult to navigate without at least a cursory knowledge of the world. If armed with that knowledge, the reader will enjoy the conversations between their favorite characters and all the hijinks that two battling secret societies can get in to. The political aspects of the story are generic and dull but they do little to detract from the fun had elsewhere on the pages. The dialogue is functional and sharp and doesn’t stray too far from the point of what these stories are about; badass assassins doing badass things.

The art of these books, drawn by artist Djillali Defali and colored by Alexis Sentenac, is done well. The style is a bit cartoonish at times but stylish action panels surpass any rough edges that may exist. For a book on assassins readers may expect buckets of gore, but you won’t find them in these pages, which is actually a good thing. The action is swift and fun with just the right amount of blood throughout the numerous kills. The colors shift between story appropriate tones of dark and light and alternates enough that the pages will blur by while reading.

If you have no experience with the Assassin’s Creed universe then this three part series may be hard to enjoy. However, if you bring even a slight knowledge of the world then the story and art will make for an enjoyable afternoon of reading.

The Assassin’s Creed graphic novels retail for $9.99 from Titan Books. 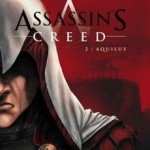 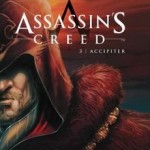