Transmissions: Bear McCreary is Working on Music for Black Sails on Starz 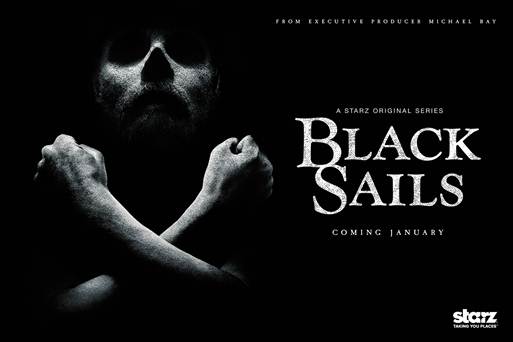 To add to the overwhelming excitement and response to the news that fans at Comic-Con 2013 will get an exclusive chance to view the first episode of “Black Sails,” Starz has now added a special performance with series musical Composer Bear McCreary to kick off the screening Thursday night in San Diego.

Emmy® Award nominated, Bear McCreary is one of the leading musical composers in television, called a “secret weapon” by Wired magazine. At the age of 24, he received widespread acclaim for his groundbreaking score to SyFy’s hit series “Battlestar Galactica,” for which he composed, “the most innovative music on TV today,” according to Variety. He was declared as one of the ‘Ten Best Science Fiction Composers of All Time,’ by io9.com, listing him alongside legends John Williams, Jerry Goldsmith and Bernard Herrmann. McCreary’s current credits include STARZ/BBC’s “Da Vinci’s Demons”, AMC’s smash hit “The Walking Dead,” and Syfy’s “Defiance.” His score for the FOX series “Human Target” featured the largest orchestra ever assembled in the history of series television and earned him his first Emmy® nomination. McCreary’s many other credits include “Terminator: The Sarah Connor Chronicles,” “Eureka,” “Caprica,” “Trauma” and “The Cape.” His feature film work includes the upcoming Europa Report and his videogame credits include Sony’s successful SOCOM 4: U.S. NAVY SEALs.

ABOUT: The pirate adventure “Black Sails” centers on the tales of Captain Flint (Toby Stephens) and his men and takes place twenty years prior to Robert Louis Stevenson’s classic “Treasure Island.” Flint, the most brilliant and most feared pirate captain of his day, takes on a fast-talking young addition to his crew who goes by the name John Silver (Luke Arnold). Threatened with extinction on all sides, they fight for the survival of New Providence Island, the most notorious criminal haven of its day – a debauched paradise teeming with pirates, prostitutes, thieves and fortune seekers, a place defined by both its enlightened ideals and its stunning brutality.

“Black Sails” will debut with an eight-episode season in January 2014, exclusively on STARZ.