Equipment: New Star Wars Ornament for this Christmas from Hallmark “At Jabba’s Mercy” 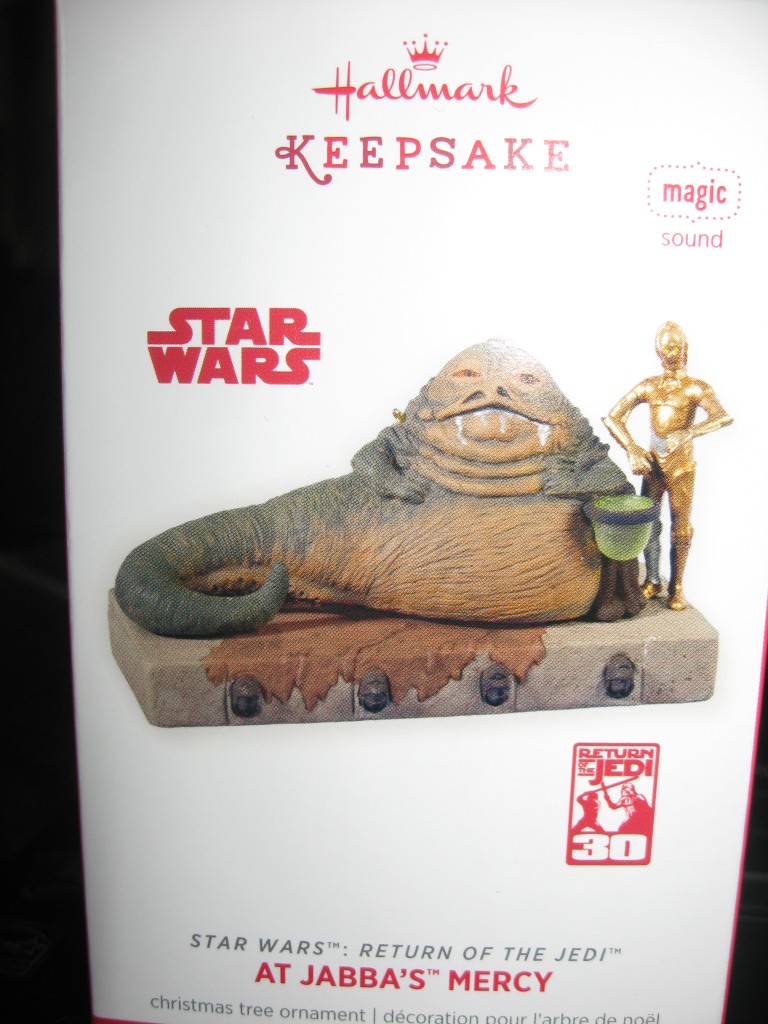 lost its steam. The phenomenon that is Star Wars has spawned 6 movies, several animated series and countless collectibles, so it is no surprise that there is a line of Star Wars ornaments from Hallmark. There are many characters to choose from and this year Hallmark chose the vilest gangster in the galaxy, Jabba the Hutt.

Best known for his love of women in gold bikinis and a major grudge against Han Solo, Jabba is not a nice guy. This year’s “Magic” ornament is entitled “At Jabba’s Mercy.” What makes it “Magic” in this case is that it speaks. When the button is pushed you hear Jabba’s laugh and a few words in Huttese followed by C-3PO’s translation of the sentence that Jabba has given Han, Luke and Chewie; just as it happened in the scene from The Return of the Jedi.

The ornament was sculpted by Katrina Bricker and it is the perfect likeness of the vile slug that is Jabba. Jabba is stretched out on his throne slab with C-3PO, the gold protocol droid, standing next to him. Earlier in The Return of the Jedi C-3PO was given as a gift to Jabba by Luke Skywalker. Unknown to Jabba this “gift” was part of an elaborate plan of escape that will ultimately see the demise of the gangster. 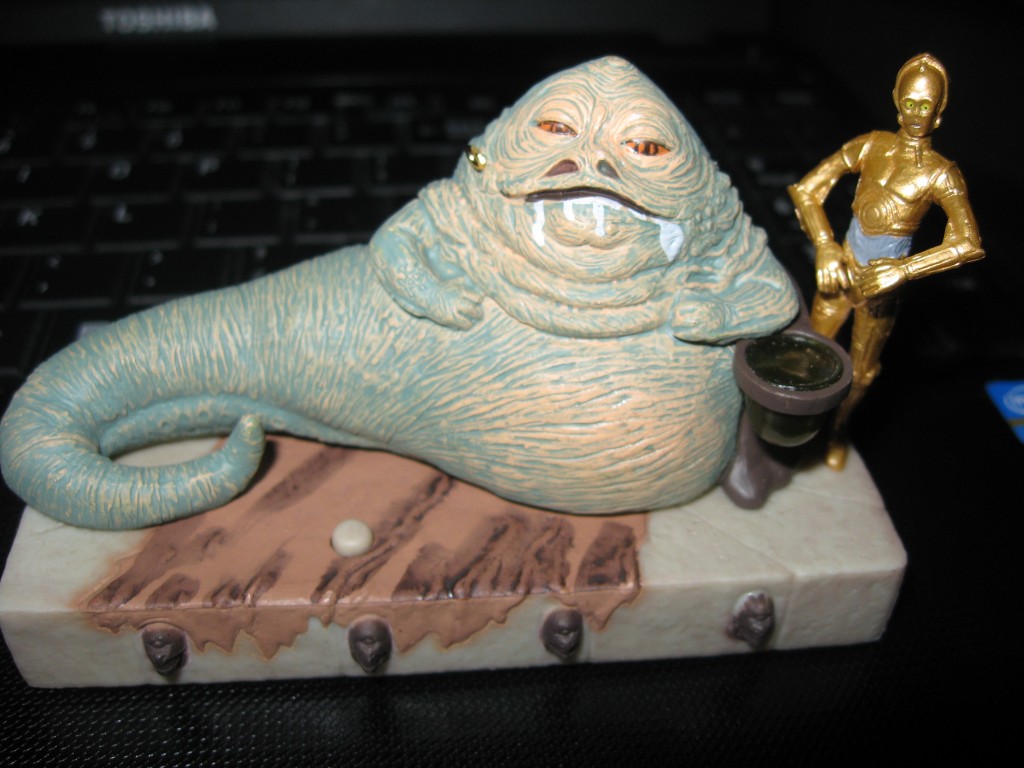 The ornament measures approximately 4 inches long and 2 ½ inches high. This durable plastic ornament has a ring on Jabba’s head to hand at the perfect angle for showing it off. The ornament is designed so it can be displayed year round, not just hung from a Christmas tree. “At Jabba’s Mercy” retails for $32.95 and would make an excellent gift for any Star Wars fan.

May the Force Be With You this holiday season!!!