Equipment: Game of Thrones Hand of the King Pin from Dark Horse Comics 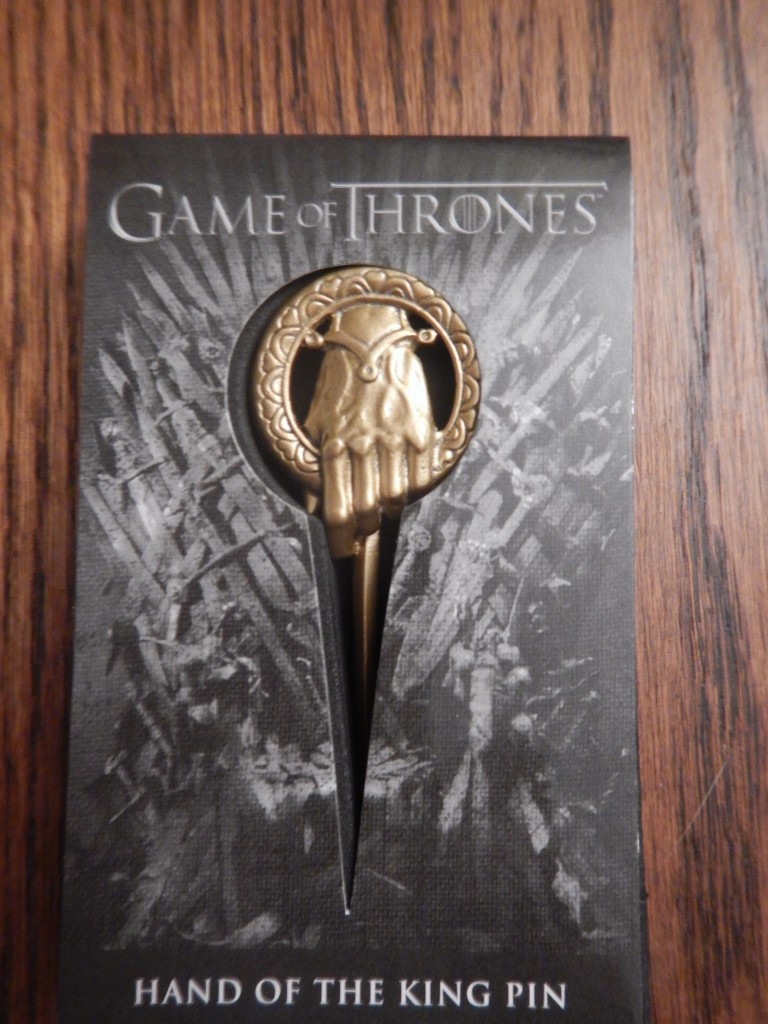 The first “living” Hand of the King we meet is Eddard Stark. Stark was appointed by his longtime friend, King Robert Baratheon, after the previous Hand was poisoned. Even though Stark didn’t want the job, he took the position and shortly thereafter he lost his head. The next Hand of the King was Tyrion Lannister. Tyrion was appointed to the position by his nephew Joffrey who, following Robert Baratheon’ death, took the throne. Tyrion relinquished his position as Hand to his father, Tywin after almost dying at the “Battle of the Blackwater.” Tywin as you know (or don’t know) met his end whilst sitting on the privy.

While the lineage of the office might sound a bit convoluted, the bottom line is that wearing The Hand of King pin is bad luck in Westeros. Fortunately, the Hand of the King pin will not bring you bad luck if you wear it in this world. It also doesn’t give you the power to speak on behalf of the king but think that of that as a bonus. More good news, you don’t have to travel to the world of Westeros to own your very own Hand of the King pin, nor do you need fear for your life.

Dark Horse fine purveyors of comic books also produces a line of collectibles from Game of Thrones, including the Hand of the King pin. This pin has been hot seller and popular item since its debut in 2012 and it is easy to see why. The pin measures approximately 3 inches long and 1.5 inches across at the pin’s widest point.  This gold tone pin has a pinback fastener and is made from metal alloy. 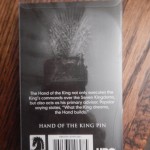 Hand of the King Pin 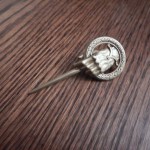 Game of Thrones Hand of the King 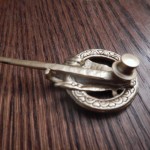 Hand of the King Pin Side View 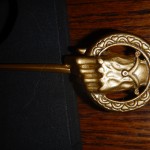 Hand of the King Pin from Dark Horse 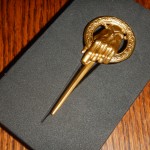 Game of Thrones Hand of the King

The pin has good weight to it so I suggest pinning it to something made from sturdier material. The weight could tear your shirt or blouse if the garment is very lightweight. The Hand of The King pin is perfect for re-enactors, Renaissance Faires or just to roam around your house. The one thing I noticed is that the alloy is a bit more pliable than it should be which may cause the sword section to bend. Despite the softness of the alloy, the Hand of the King pin is a perfect way to flaunt your fandom.

The Hand of the King pin is available at your local comic shop, specialty shop, your next convention or you can order on line.  Pick up one of your very own and be the envy of all your friends…because in Westeros they would probably be planning your demise behind your back.