Nowadays, if you want a 12-inch action figure, 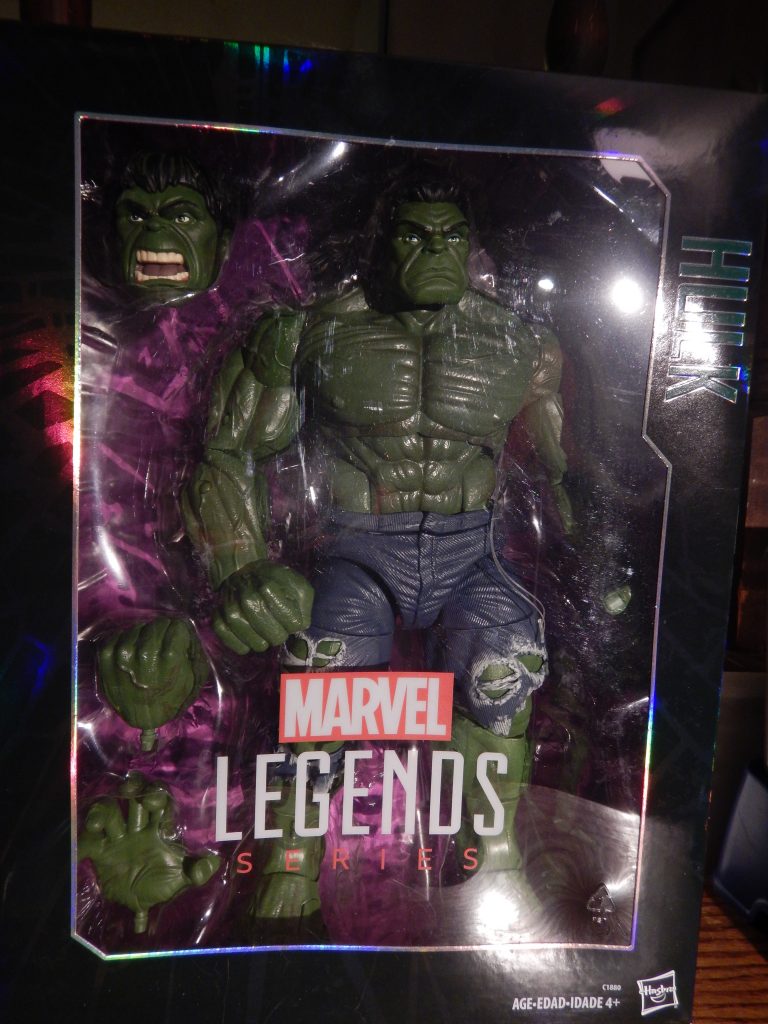 similar to the original G.I. Joes, it is nearly impossible. Sure, you can pick up the 12-inch figures in Hasbro’s Titan Hero Series but those figures have limited poseability. I believe on the average they have 5 points of articulation. Don’t get me wrong, these are perfect for little kids but not for older collectors. There are figures out there that are loaded with poseability for hours of enjoyment but buying those figures means you better have a large bank account and be prepared to use them for “display only.” These higher end figures are beautiful but not everyone has hundreds to spend on a single figure.

Thankfully Hasbro has made an attempt to fill the void left when G.I. Joe vanished from store shelves; they have introduced the Marvel Legends 12-inch line of action figures. These figures boast 30 points of articulation and, in some cases, they also have separate hands and heads to help you modify the look of your figure. While the 12-inch Marvel Legends line is more expensive then the Titan series, they are still cheaper than the high-end figures. I would much rather pay 50 bucks for something I can play with than 300 on a dust collector.

The figures that are available in the 12-inch Marvel Legends line are Captain America, Iron Man, Thor, The Incredible Hulk, Deadpool (2 versions), Spider-Man (2 versions) and a SDCC Exclusive Daredevil. These figures look great and even better, you can play with them without fear damage. We have already reviewed the Iron Man figure.  which we loved. This time around we get to review the Incredible Hulk.

The first thing you notice about this figure when you see it on a store shelf is that it is massive. The Hulk measures approximately 14.5 inches tall and weighs close to 5lbs. I know it is difficult to refer to the Hulk as a thing of beauty but in this case it is true. The Incredible Hulk will tower over all your other 12-inch figures much like he does in comic books and movies.

As I mentioned before, the figures in the 12-inch Marvel Legends have multiple points of articulation and the Hulk is no different. The Hulk’s points of articulation are:
• Neck/Head
• Shoulders
• Elbows (Double Joint)
• Wrists (spin and up and down)
• Chest
• Waist
• Hips
• Thighs
• Knees (Double Joint)
• Calf
• Ankles (up and down and left to right)
• Toes

The 12-inch Marvel Legends Hulk is slightly more expensive than the others in the line with a price tag of $79.99. The only reason I can see for the price different is the Hulk is much larger than the others. As mentioned before, the Incredible Hulk is one of the figures that comes with multiple hands and heads. This figure comes with 2 sets of hands (closed fists and open hands) and 2 heads (one roaring and one with a contemplative look). The Marvel Legends Hulk figure is recommend for children 4 and older (this is great for me since I am mentally only 12). 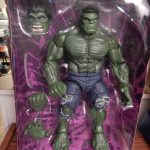 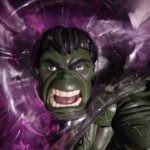 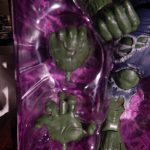 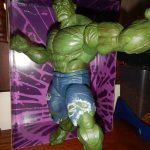 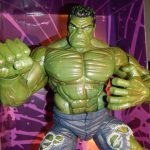 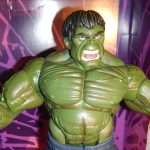 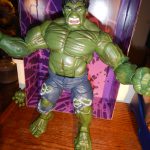 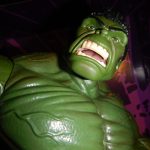 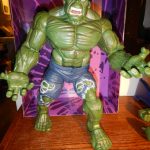 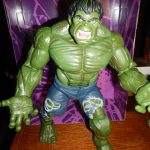 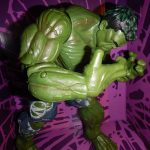 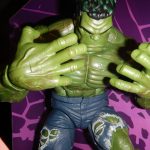 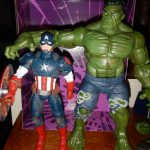 The 12 inch Marvel Legends line is produced by Hasbro and can be purchased wherever toys and collectibles are sold including Entertainment Earth. This perfect if you have some holiday money burning a hole in your pocket!

A special thanks to Entertainment Earth for sending this for review!