Vids: The Sun is Also a Star is Coming to Digital Download and Blu-ray This August

Open your heart to love when “The Su 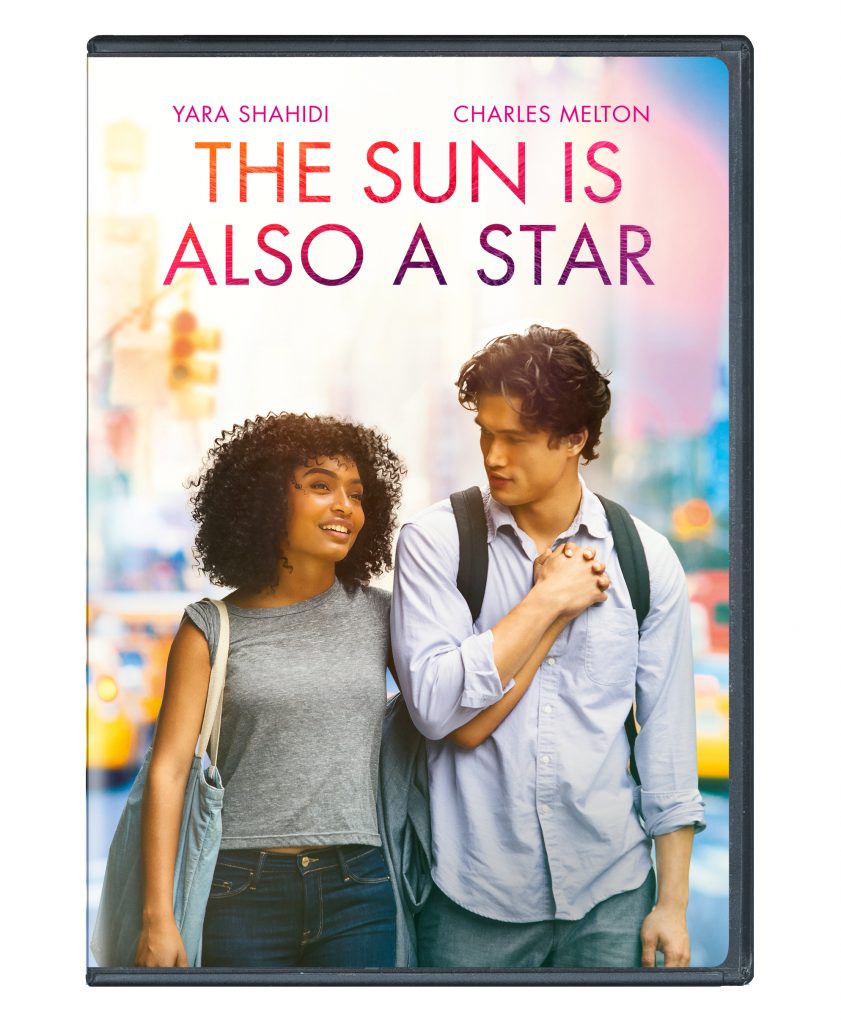 n Is Also a Star” arrives on DVD and Digital. A modern-day story about finding love against all odds, “The Sun Is Also a Star” explores whether our lives are determined by fate or the random events of the universe. The film stars Yara Shahidi (TV’s “Grown-ish,” TV’s “Black-ish”) as Natasha and Charles Melton (TV’s “Riverdale,” TV’s “American Horror Story”) as Daniel, along with John Leguizamo (“John Wick: Chapter 2,” TV’s “Bloodline”).

From MGM and Warner Bros. Pictures and directed by Ry Russo-Young (“Before I Fall,” “Nobody Walks”), “The Sun Is Also a Star” is based on Nicola Yoon’s bestseller of the same name, which was No. 1 on the New York Times bestseller list and has received multiple accolades, including 2016 National Book Award Finalist, Amazon’s Best Book of 2016 in YA, Amazon’s Top 20 Children’s Books of 2016 in YA, the New York Times Notable Children’s Books of 2016 and Entertainment Weekly’s 10 Best Books of 2016.

Young directed “The Sun Is Also a Star” from a screenplay by Tracy Oliver. The film was produced by Leslie Morgenstein and Elysa Koplovitz Dutton, and Pamela Hirsch served as executive producer.

“The Sun Is Also a Star” will be available on DVD on August 20 .

College-bound romantic Daniel Bae (Charles Melton) and Jamaica-born pragmatist Natasha Kingsley (Yara Shahidi) meet—and fall for each other—over one magical day amidst the fervor and flurry of New York City. Sparks immediately fly between these two strangers, who might never have met had fate not given them a little push. But will fate be enough to take these teens from star-crossed to lucky in love? With just hours left on the clock in what looks to be her last day in the U.S., Natasha is fighting against her family’s deportation as fiercely as she’s fighting her budding feelings for Daniel, who is working just as hard to convince her they are destined to be together.

“The Sun Is Also a Star” DVD contains the following special feature:
“Love is a Universe” featurette

Movies Anywhere is a digital movie platform that enables movie fans to discover, access, and watch their favorite digital movies in one place. Movies Anywhere brings together a library of nearly 7,500 digital movies from Sony Pictures, Twentieth Century Fox Film, The Walt Disney Studios (including Disney, Pixar, Marvel Studios and Lucasfilm), Universal Pictures (including DreamWorks and Illumination Entertainment) and Warner Bros., and will continue to expand the consumer experience as more content providers, digital retailers and platforms are added. By connecting participating digital retailers that include Amazon Prime Video, FandangoNOW, Google Play, iTunes and Vudu, movie fans can now bring together their digital movie collections (whether purchased or redeemed) in one place and enjoy them from the comfort of their living rooms, and across multiple devices and platforms, including Amazon Fire devices; Android devices and Android TV; Apple TV; Chromecast; iPhone, iPad and iPod touch; Roku® devices and popular browsers.