WaterTower Music has released the 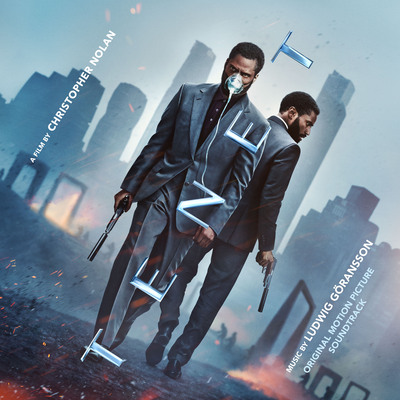 The 20- track deluxe version of the soundtrack is now available on 2CD and digitally, with a triple vinyl version, releasing January 22, 2021, now available for preorder. The triple vinyl and double CD configurations both include 2 new bonus tracks not included on the original soundtrack release; along with liner notes from Christopher Nolan and Ludwig Göransson. A digital version of the soundtrack is now also available for streaming and purchase and includes all 20 tracks.

The Tenet (Original Motion Picture Soundtrack) [Deluxe Edition] double CD and digital versions will are now available, and the Triple vinyl is coming January 22, 2021, and the track list is as follows.

8) FROM MUMBAI TO AMALFI

Armed with only one word—Tenet—and fighting for the survival of the entire world, the Protagonist journeys through a twilight world of international espionage on a mission that will unfold in something beyond real time. Not time travel.  Inversion.

Nolan wrote and directed the film, utilizing a mixture of IMAX® and 70mm film to bring the story to the screen. Tenet was produced by Emma Thomas and Nolan. Thomas Hayslip served as executive producer.

Warner Bros. Pictures presents a Syncopy Production, a Film by Christopher Nolan, “Tenet.” Warner Bros. Pictures is distributing Tenet in theatres and IMAX worldwide and the film has been rated PG-13 for intense sequences of violence and action, some suggestive references and brief strong language.”