WaterTower Music has released the new, 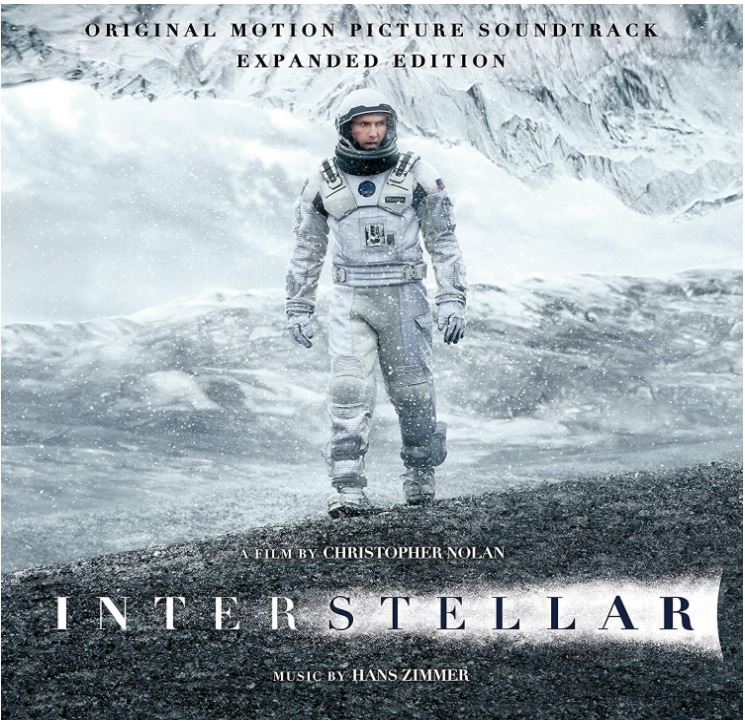 Fans can experience the Interstellar (Original Motion Picture Soundtrack) [Expanded Edition] on a 4-disc, 180-gram vinyl expanded version with exclusive vinyl etching, or a 2CD expanded version – each which include liner notes from Christopher Nolan and Hans Zimmer. The expanded album will also be available as a digital release. Notably, the Expanded Edition’s 30 tracks include over 40 minutes of music previously unavailable for streaming: five tracks originally found solely on a limited edition 2014 ‘Illuminated Star Projection Edition’ of the soundtrack, and one track that was only released promotionally. The Interstellar (Original Motion Picture Soundtrack) [Expanded Edition] marks the first time all of these songs will be available in one collection.

High praise for Zimmer’s music poured in upon the film’s release. Variety stated that “Hans Zimmer contributes one of his most richly imagined and inventive scores…” The Hollywood Reporter described the music as a “soaring, sometimes domineering and unconventionally orchestrated wall-of-sound score.” The BBC maintained that “Hans Zimmer’s music makes the film seem even more colossal than it would otherwise…” and that “Zimmer invokes the original meaning of ‘pulls out all the stops.’” Soundtrack.net declared that “Hans Zimmer has created a close to perfect musical canvas for those extremely dedicated to the audio experience” in their five-out-of-five-star review. And The Telegraph described the music of Interstellar as “the vast sounds of a composer set loose on his grandest ever assignment.”

The Interstellar (Original Motion Picture Soundtrack) [Expanded Edition] is now available in 4 LP vinyl with special etching, 2CD, and digitally. The track list is as follows: 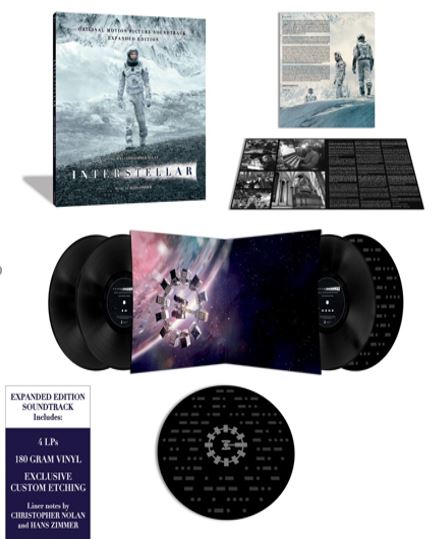 With our time on Earth coming to an end, a team of explorers undertakes the most important mission in human history: traveling beyond this galaxy to discover whether mankind has a future among the stars.