It has never been a secret that I love the figures 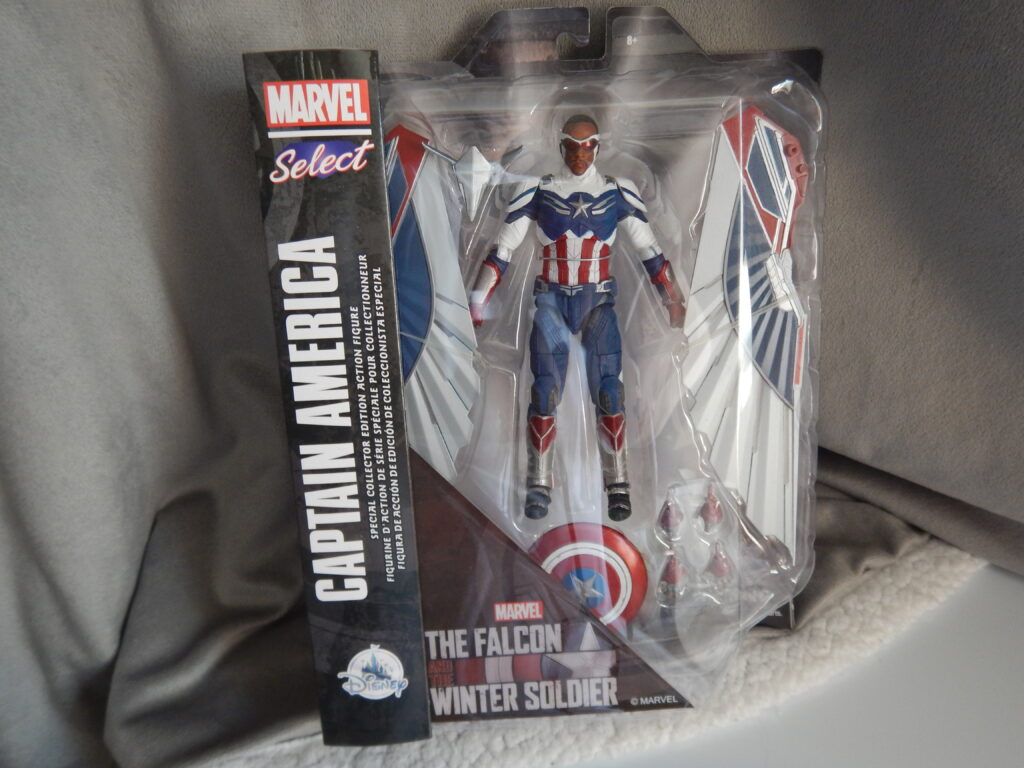 from Diamond Select. The figures they produce are relatively inexpensive, well made, look great and have multiple points of articulation; what else could you want? One of the newest figures from Diamond Select Toys is the new Captain America, Sam Wilson. This Disney Store exclusive depicts Falcon as Captain America as seen in the Disney Plus show, Falcon and the Winter Soldier.

Let’s start with talking about the sculpt. This figure looks great and bears a strong resemblance to Anthony Mackie who portrays Falcon on the Disney Plus channel. Some companies are content with making a generic head sculpt but not the folks over at Diamond Select; they are all about the details.  Besides the face, I also need to mention the uniform…the costume looks great as well.

Captain America stands approximately 7 inches tall. Cap comes with 2 additional sets of hands, wings, “Red Wing” drone and his iconic shield. Like all of the other figures from Diamond Select, Captain America has multiple points of articulation. These are:

The multiple points of articulation gives you a wide range of possibility for display as well as play. Although this is a well-made figure and looks great it does have some negatives. First off, the arms seem a bit stubby and really could have benefited from having double elbow joints. I know that there is an issue with double elbow joints for female figures is because of the delicate nature of thinner arms. Captain America doesn’t have thin arms so I don’t know why they didn’t opt for a double joint on this figure. 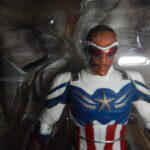 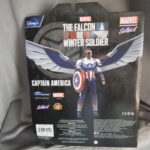 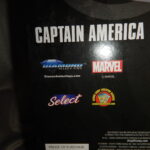 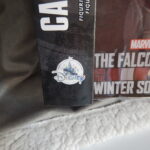 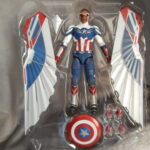 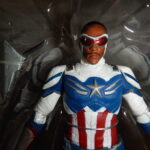 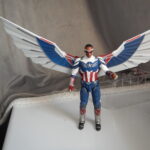 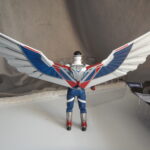 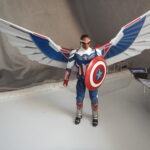 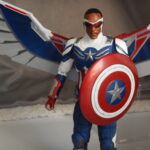 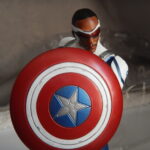 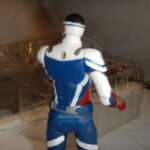 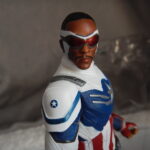 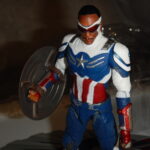 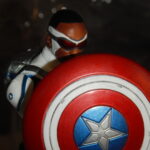 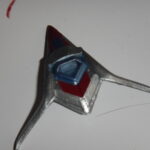 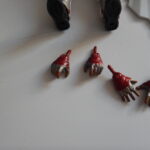 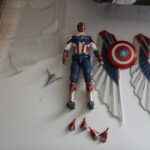 Another issue I had with the figure was the wings. Assembling the wings was a bit annoying. There has to be a better way to do the wings. I am sure that there is an easier way to attach Cap’s wings than the way I did it, but there were also no instructions included. Hopefully,  you have better luck than we did. Hell I even thought of pouring a Red Bull over him to see if that would get some Cap some wings.

All kidding aside, once we got the wings attached they looked great. Regarding the wings, they have an impressive wingspan of 14 inches.

Bottom line is I really like this figure; it looks great and has a good amount of poseability. I think that this figure really would make a great addition to your collection. The Disney Store Exclusive Captain America retails for $29.99 and can be purchased online, at your local Disney Store or at one of the parks.