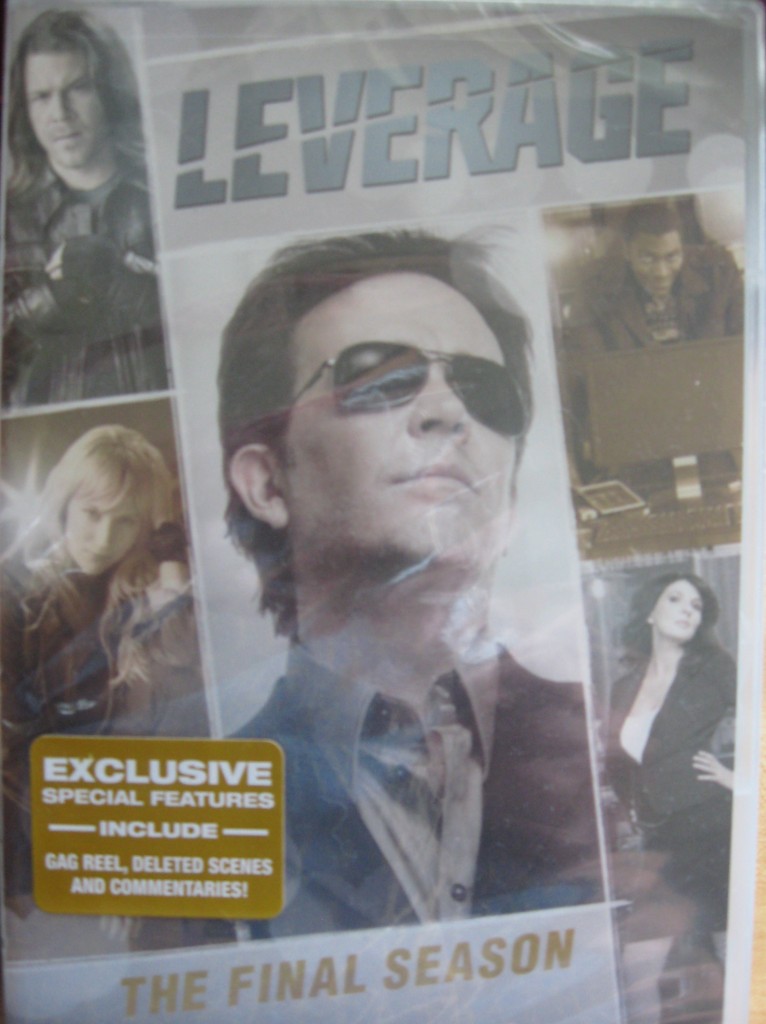 summed up the television show Leverage.  For five seasons Nate Ford (Timothy Hutton) and his crew provided “leverage” to clients who were wronged in some way. Whether these people were ripped off by a big corporation or crooked lawyers, Nate and his merry band always got the best of the bad guys.

Each member of the team was a specialist in their field.  The Leverage crew consisted of a hacker, Alec Hardison (Aldis Hodge), a grifter, Sophie Deveraux (Gina Bellman), a thief, Parker (Beth Riesgraf) and the muscle, Eliot Spencer (Christian Kane). The four of them were brought together by Timothy Hutton’s character to do use their skills for good.  Leverage was a great show with an excellent cast and witty writing. There was always a perfect balance of humor and drama.

My favorite character has always been Parker, so it comes as no surprise that “The Broken Wing Job”, a story centered on Parker, was my favorite episode. In the episode Parker is nursing broken leg and in her boredom uses the security cameras to people watch in the restaurant downstairs. During her people watching sessions she comes across a team plotting a robbery. Even though she is partially incapacitated by her broken leg, she still manages to outsmart the crooks.

I was sad to see this series go since it was so smart, funny and highly entertaining. The final season of Leverage brings closure to the series, which is something fans don’t usually get when a show is cancelled. According to the producers the end of the series was planned since the beginning. Since the network was slow to renew Leverage’s contract, it was decided to end the series gracefully, if too early for my taste. By the end of the final episode, “The Long Good-bye Job”, Nate has passed the torch to Parker, Hardison and Eliot while he and Sophie set off on their new life together.  The only thing that would have made this ending better would be if we found out Sophie’s real name, something that still remains a mystery.

The 5th season DVD is a 4 disc set with a run-time of 635 minutes. Special features include episode commentary for every episode, several deleted scenes and a gag reel.  Suggested retail is $39.98.